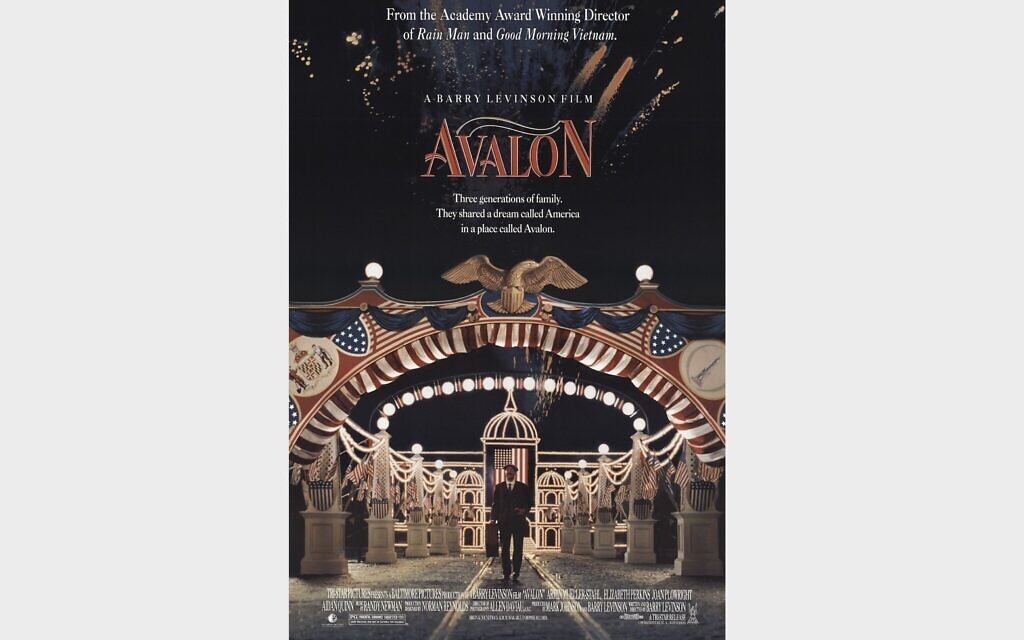 When it came time for director Barry Levinson to make 1990’s “Avalon,” a film inspired by his own youth and family, he decided to open things with a bang.

The movie begins on July 4 as Polish immigrant Sam Kirchinsky (Armin Mueller-Stahl) arrives in Baltimore for the first time. As fireworks explode and he steps off the boat, Kirchinsky says that America “was the most beautiful place you’ve ever seen in your life.” It’s one of the most striking images Levinson has ever crafted in his long career directing films like “Diner,” “Good Morning, Vietnam” and the Academy Award-winning “Rain Man.”

“Avalon” is one of Levinson’s “Baltimore films,” a semi-autobiographical series that captures his experience growing up in Maryland. As the third film in the series, “Avalon” looks at a fictionalized version of Levinson’s family as they adapt to living in America as Jewish immigrants.

The opening scenes, which follow patriarch Sam as he finds his family and joins them, are some of the most captivating moments of “Avalon.” Levinson directs them as if he were imbuing the warmth of nostalgia directly into the film stock. Between the swooning, active direction and the visual grandeur, there’s almost an element of fantasy to the film.

Some of the movie’s most poignant scenes are set at family dinners, with the table extending through several rooms to accommodate the large crowd. The Kirchinskys argue about memories and the stories of the family: when their father came to America, which year they each arrived and more.

During these scenes, the viewer feels like a new family member, taking in lore and history through anecdotes. Occasionally, the anecdotal approach holds the audience at arm’s length, but Levinson is a talented enough filmmaker to avoid complete emotional disconnection.

The opening half-hour establishes a series of truisms about the Kirchinsky family: Each generation produced hard workers, whether as a salesman, a musician or a paper-hanger. Each generation keeps family close, physically and emotionally. The neighborhood of Avalon is a safe haven, a place to raise their kids and build their life.

But as “Avalon” progresses, things get more tense and the plot gets knottier. Parts of the family move out to the suburbs, disrupting the sort of community that helped the Kirchinskys thrive when the brothers first immigrated to Baltimore. At one point, one of the youngest kids –– played by a 9-year-old Elijah Wood –– intones that he “never even heard of the suburbs until this thing happened.”

Other events threaten the cohesiveness of the extended family, both directly and indirectly: their assimilation into American culture, the changing of their names, the popularization of television and even a disaster that strikes their department store. While the Kirchinsky family is still together in the end, there’s an internal distance. Because things have changed, the family’s dynamic has to follow suit.

Levinson once penned an op-ed for The New York Times addressing this aspect of the film, talking about how people criticized “Avalon” as not being Jewish enough. In part, that’s the point of the movie, to show how a Jewish family of immigrants can start to Americanize and lose their roots in the process.

While the film’s closing scenes are a sharp, poignantly unhappy way to end the film, they reflect the balance that Levinson was trying for with “Avalon.” It’s a real experience for thousands of Americans, Jews, and immigrants: When it comes to family, you occasionally have to balance the gloomy with the sweet memories.

“Avalon” can be streamed on Amazon Prime. PJC.