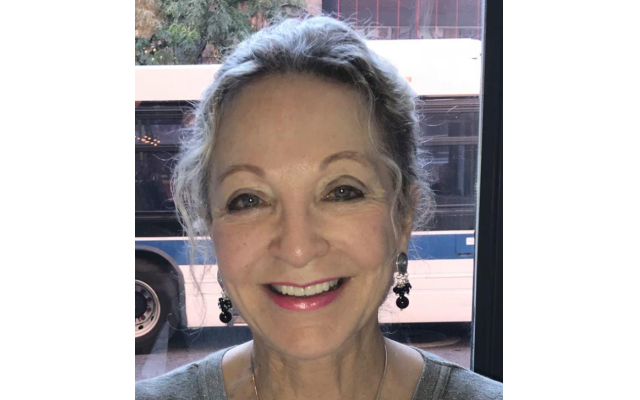 Judith R. Robinson is particular about language, so it’s not surprising that while describing her decades-long career as a poet, novelist, blogger and instructor she often cites verse.

“There’s a quote by Moireen Fox,” she said. “‘I care not for heaven and I fear not hell / If I have but the kisses of his proud red mouth.’”

“There in two lines,” Robinson continued, “you have the perfect example of a woman who is madly in love, without the cliché of ‘madly in love.’”

Robinson has shared Fox’s poem “The Fairy Lover” with students at the Osher Lifelong Learning Institute for more than 20 years, but one needn’t register for her course to discover the Oakland resident’s love of poetry. Speaking with Robinson, or reading her work, makes clear that poetry, writing and a regard for language are integral to her. During a career that’s spanned longer than she’s willing to share, Robinson has contributed to numerous journals and anthologies, authored chapbooks and larger publications, edited other poets’ manuscripts and blogged regularly for websites, including the Chronicle’s.

She plans on reading from her newest work — “Buy a Ticket: New and Selected Poems” — during an April 27 book launch party and at the Greater Pittsburgh Festival of Books on May 14.

In a lead-up to both events, Robinson told the Chronicle that poetry has a singular ability to articulate emotion and experience.

She cites her own life as proof, noting that people have asked her to pen a poem for an upcoming wedding or recent death, and she often turns the lens inward when writing — like in “Buy a Ticket” where she addresses the loss of her son, memories of her father, the Holocaust, Masada and the murder of 11 Jews inside the Tree of Life building on Oct. 27, 2018.

Robinson has a proud Jewish identity and said she doesn’t shy from confronting antisemitism or the swelling anti-Zionist sentiments expressed by some other landsmen.

“I am a Zionist, and as such, I sometimes feel that I am at odds with other Jewish people about the importance of Israel,” she said.

Too many Jews accept or promote falsehoods about Israel, Robinson said. People should realize that antisemitism is akin to death and taxes — something that exists “in every age through our history.”

Robinson remains steadfastly committed to purposefully using her words, but occasionally delves into other methods of communication, such as painting.

She said she’s still learning the craft and described her efforts as “more experimental,” adding that “painting for me is just a wonderful way of expressing things and relaxing.”

Painting also brings her back to writing, she said.

There’s an interesting intersection between word and image, Robinson said. Whether it’s a poem about a work of art, like John Keats’ “Ode on a Grecian Urn,” or Louise McClenathan’s “Berrying,” much of poetry “can be interpreted visually and, similarly, there’s a narrative going on in many paintings,” she said.

For Robinson, a lifelong Pittsburgher, the city presents a constant interplay between image and word. Having lived in three of Pittsburgh’s zip codes, she often commits her memories to print.

In a 2017 poem she wrote decrying Amazon’s potential move to Pittsburgh, she recalled the “burning truth” of this area and noted that the imagery was inspired by her childhood memories of people driving at night to watch “the hills burn.”

Those days — a period when she, her brother and cousins would sleep in the front yard of their Squirrel Hill home on hot summer nights — were simpler and safer, she added.

Lest one confuse Robinson’s nostalgia for an aversion to progress, she said she happily embraces technology and writes regularly on her computer but is concerned about artificial intelligence and its ability to encroach on human talent and emotion.

“Life is so precious, and it is so varied and full of possibilities,” she said. “I hope that machines are not going to be able to match us in the arts or in creativity.”

While some others, most notably at neighboring universities, work on technological innovations, Robinson said she’ll continue focusing on her craft and living as fully as she can.

The latter, she added, is best accomplished by following the mantra: “Try to fight negativity, and try to see the best in things. It’s a tough world but it’s the only one we have.” PJC