Image by wildpixel via iStock

ConnectAbility, a new digital resource, is coming to Pittsburgh, and Jewish Residential Services is backing the endeavor. Set to launch on Aug.12, the quarterly blog will focus on a range of issues promoting inclusion of those with disabilities, said Nancy Gale, executive director of JRS.

The digital content will include updates on local, regional and national resources for people with disabilities; advice regarding disability and inclusion etiquette; recommendations and reviews of books, films and other media that portray disabilities; a calendar of upcoming events; discussion of disability-related legislation; information on advocacy; and stories regarding individuals and their family members with disabilities.

“Our vision isn’t just to have a newsletter or a blog, but actually a quarterly disability resource for the community,” said Gale.

Several years ago, JRS and other Jewish Federation of Greater Pittsburgh beneficiary agencies collaborated on Connections, a joint blog. Although organizations such as the Jewish Community Center of Greater Pittsburgh, JFCS and the Jewish Association on Aging all brought interesting perspectives to the table, said Gale, “there wasn’t one organization that had the ultimate ownership of it,” and as a result it lacked a specific focus.

Now JRS is guiding ConnectAbility, Gale said, and there is renewed energy and an eagerness to share a wealth of content and ideas with the broader community. The project gained steam after the JRS board’s approval in June of a new strategic plan, which includes a focus on helping community members become greater inclusion advocates.

Between Gale, Lasky, various program directors and an intern, there will be multiple JRS staffers contributing to ConnectAbility. While the specifics are still being fleshed out, a yearly content calendar has already been created.

“What changes people are stories,” she said. “Stories are what get people to listen. Statistics don’t. Laws don’t. Regulations don’t.” 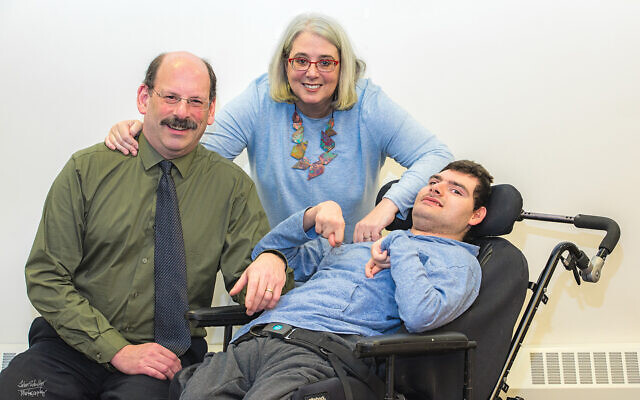 Kaplan said she’s excited the greater community will be able to benefit from ConnectAbility, from congregations trying to achieve better inclusion to individuals leaning from someone else’s story.

Gale stressed that ConnectAbility “isn’t just a resource, but an open conversation about disability inclusion. We really are better off as a community by being inclusive, and that’s something we want to emphasize in all the pieces we put out.”

ConnectAbility will be shared by email and through JRS’ social media channels. Those interested in receiving the digital publication can sign up at jrspgh.org. PJC