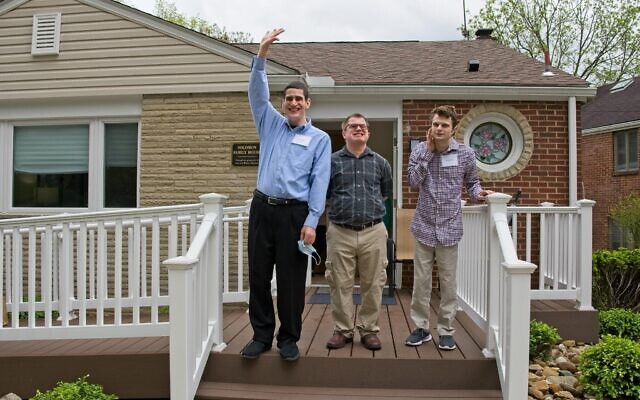 During the outdoor dedication of the Solomon House, a home for people with disabilities, cars slowly passed, attendees and onlookers paused, then everyone returned to their tasks and conversations. The gentle flow of neighborhood activity was precisely the reason why the renovated ranch home on Mount Royal Road, just steps from Frick Park, was chosen as the spot for a new community living arrangement.

“It’s a place where people who want to live in…their community, can have a home close to friends and family,” said Nancy Gale, executive director of Jewish Residential Services.

The Solomon House, which was formally dedicated on May 5, is the second joint community living arrangement between Jewish Residential Services and Verland, a Sewickley-based foundation that operates 48 community homes. In 2014, the two nonprofits collaborated on the Goldberg House in North Squirrel Hill.

Like the Goldberg House, the Solomon House enables people with disabilities to remain in familiar areas while receiving necessary support, explained JRS staffer Caitlin Lasky. The strength of community living arrangements, like the Goldberg House and the Solomon House, is that rather than having to relocate to other areas, individuals can live in a setting where they are already comfortable and remain active and contributing members of their larger community.

Considerable efforts, and the input of many people — including architects, regulators and direct support staff — are required to create community living arrangements, explained Verland’s president and CEO Bill Harriger.

“Absent the whole community coming together and working together, things like the Solomon and the Goldberg home wouldn’t exist today,” he said. 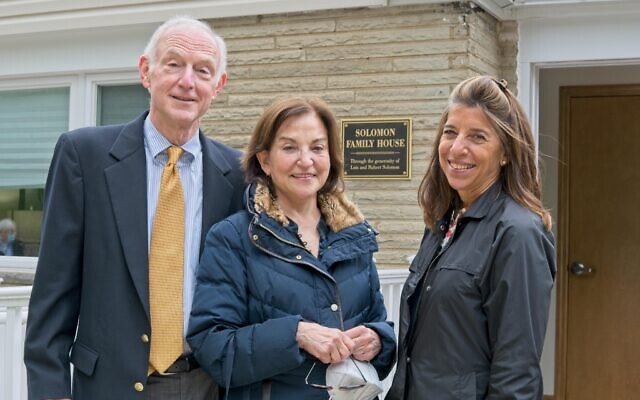 Solomon House, a kosher home that maintains both meat and dairy kitchens, is named in memory of the late Lois and Robert Solomon. Their memorial fund at the Jewish Community Foundation, as well as a gift from their son Ed Solomon, made the project possible.

“My parents were passionate about people with special needs,” Ed Solomon said. “Their grandson Jeffrey was such an individual. Jeffrey was the light of their lives and they loved each other very much. I’m sure my parents, who actually lived right up the street here on Beechwood Boulevard when they were first married, would be proud to play an important role in the creation of this terrific CLA (community living arrangement).”

Ellen Wilf’s son David is one of the three Solomon House residents. Before he moved there, he lived in a group home that wasn’t observant of Jewish traditions.

“We always wanted him to be able to practice his religion but there were so few opportunities,” she said in a prepared statement. “Now, he will have a chance to live in a kosher home, participate in Jewish holidays and celebrations, and reconnect with the Jewish community.”

Following a mezuzah hanging ceremony by Rabbi Barbara Symons of Temple David, small groups were invited to tour the Solomon House. Along with separate bedrooms for the three residents, kosher kitchens and large living and dining rooms where Shabbat and Jewish holidays will be celebrated, there’s a back deck with ample space for a sukkah.

Symons praised the renovations and likened the home to the relationship between body and soul. As magnificent as the structure is, what transpires inside the walls of the Solomon House is what beautifies the space, she said.

Gale said she is looking forward to seeing the Solomon House residents, their families and neighbors continue thriving together.