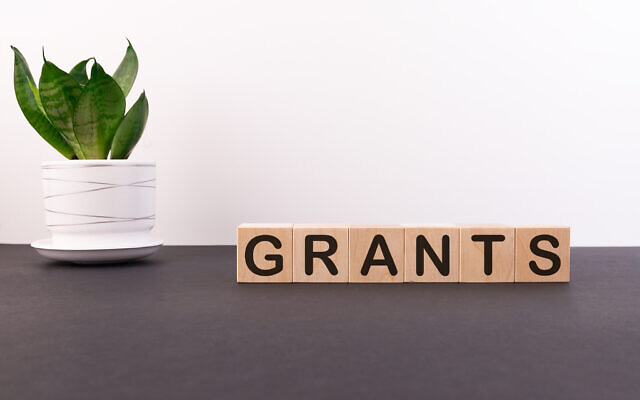 Image by Vadzim Kushniarou via iStock

The Jewish Healthcare Foundation recently approved a series of grants aimed at bolstering local organizations and initiatives. The awards will help support important causes during a critical time, explained Karen Wolk Feinstein, JHF president and CEO. Awardees, which were announced Dec. 6, include the Pittsburgh Jewish Chronicle and Jewish Federation of Greater Pittsburgh. The Jewish Association on Aging, the Jewish Community Center of Greater Pittsburgh, Jewish Family and Community Services and an upcoming exhibit will also receive funds.

In an effort to support independent news coverage for the Jewish community in Southwestern Pennsylvania, JHF issued a one-year, $50,000 emergency grant to the Pittsburgh Jewish Chronicle.

“In an era when there are many voices offering competing versions of truth and reality, we value the high quality, independent journalism at the Chronicle,” Feinstein said. “Critical issues for Pittsburgh, the nation and the world pertinent to the Jewish community are covered intelligently and factually. The Chronicle is a critical source of information for the Foundation.”

JHF also approved a two-year, $50,000 grant to bring Violins of Hope, an arts and education program, to Pittsburgh for a six-week period beginning in mid-October 2023. Violins of Hope is an exhibit of 85 restored violins, violas and cellos played by Jewish musicians during the Nazi regime. The Jewish Federation of Greater Pittsburgh is coordinating the exhibit and partnering with 35 nonprofit arts groups, religious institutions and community agencies on related programming.

Art and music have an ability to create awareness and healing, Feinstein explained.

The events of Oct. 27, 2018, when 11 Jews were murdered inside the Tree of Life building, made clear that hate-based attacks are occurring throughout the country. Additionally, the recent Eradicate Hate Global Summit also acknowledged the “clear and present danger of Americans consumed by hate.”

Violins of Hope, Feinstein explained, can be a source of healing.

“After all that we have experienced in Pittsburgh since 2018, the Jewish community is especially sensitive to the need for healing and unity, and we are honored to support the collaborative effort to bring Violins of Hope to our city,” she said.

JHF renewed a one-year, $900,000 block grant to the Jewish Federation of Greater Pittsburgh. The award, which is distributed to beneficiary agencies, will address community health needs. Since its 1990 founding, JHF has provided an annual block grant to the Federation.

The grant, Feinstein noted, benefits the Jewish Association on Aging, the Jewish Community Center, Jewish Family and Community Services, Riverview Towers and Jewish Residential Services, and represents 60% of the $1.5 million distributed annually by the Federation to the local community for aging and human service needs. PJC