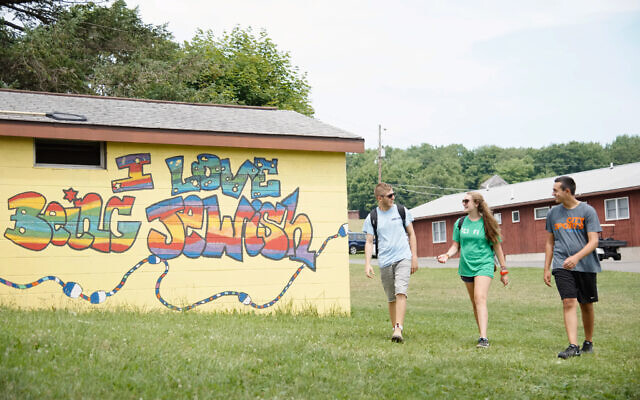 Campers and staff walk together at Camp Harlam in Kunkletown, PA. Photo courtesy of Camp Harlam

There’s snow outside now, but camp directors and other Jewish professionals are thinking about archery, kayaks and rope climbing. With summer camp slated to begin in approximately four months, staff are feverishly preparing for the challenge of operating during a pandemic.

Aaron Cantor, director of Emma Kaufmann Camp in Morgantown, West Virginia, has routinely spoken with partners from the Jewish Community Center Association of North America, and has “relied heavily on CDC reports,” he said.

Cantor, like other overnight camp directors, is also relying on the American Camp Association’s Field Guide and communicating with professionals who safely opened and operated last summer.

In June 2020, the JCC announced that per “West Virginia’s Guidance for Organized Camps,” and its prohibition of groups of more than 25 people, as well as recommendations issued by other local and national authorities, EKC would not operate during summer 2020.

Although COVID-19 cases are currently higher now than they were eight months ago, there’s a real difference between summer 2021 and last year, explained Cantor.

“We’ve had time to prepare, and learn and relearn about how we have to interact in groups of people,” said Cantor. A playbook for the summer, with protocols and procedures, has been developed and should hopefully be available within the next two weeks, he added.

“The health and safety of our families is our first priority,” said Fara Marcus, JCC’s division director of development and strategic marketing.

That mindset dictated last summer’s decisions regarding camp — the JCC safely opened and operated J&R, its day camp, during summer 2020 — and will do so again this year, she explained. 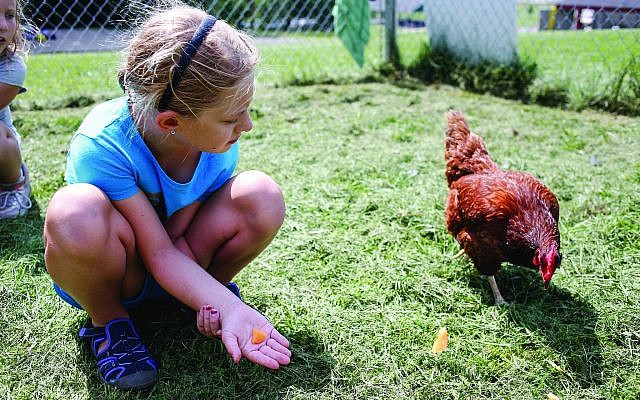 Children at James and Rachel Levinson Day Camp tend the chickens as part of a summer camp program of experiential learning and fun. Photo courtesy of the Jewish Community Center of Greater Pittsburgh

Rachael Speck, director of J&R Day Camp, has been directing families to the JCC’s website for updates regarding summer 2021. Information regarding meals, before- and after-care, sanitization and staffing is provided.

The JCC has not determined yet whether it will be able to offer bus transportation to the day camp in Monroeville as it did prior to summer 2020, as it “is an inherently difficult task” to ensure full coronavirus safety compliance on buses, officials said. Families will be updated in time to allow alternative transportation plans to be made if necessary.

“If we can do transportation we’ll do it, but it depends on the guidelines,” he said.

Last summer, Gan Izzy opened, but decided to adopt shorter days due to “too many limitations,” said Altein.

This summer, Gan Izzy plans on returning to a full-day schedule.

“We have enough timing to adjust to whatever is necessary,” said Altein. “If there are limitations on field trips then we’ll bring in more programming.”

Rabbi Sam Weinberg, Hillel Academy’s principal, said camp would certainly be offered again, but wouldn’t commit to how many weeks the program will run.

“This year will depend on the COVID situation,” he said. 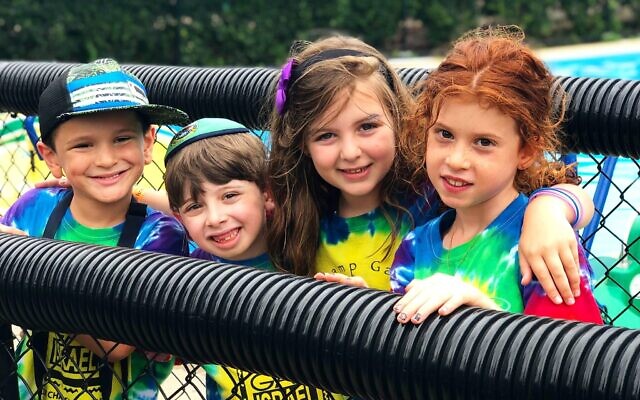 Camp Harlam, a Union of Reform Judaism overnight camp in Kunkletown, Pennsylvania, offers two three-and-a-half week sessions. In an effort to create a COVID-free environment, the camp is reducing enrollment by nearly 50 kids. Removing one boys’ bunk and one girls’ bunk is part of a larger camp commitment, explained Lisa David, Harlam’s director.

In addition to asking campers to self-isolate prior to camp, there will be COVID testing upon arrival, ongoing testing and podding, said David: “The hope is that after some period of time, we might be able to open those pods a bit to a more typical camp experience.”

Even so, at least at the start, there will be additional changes to daily camp life. Dining hall operations, trips out of camp, general housekeeping and cleaning practices are all being revisited.

Whereas in past years, visitors have been able to come up to camp for limited periods each session, that option has been changed for summer 2021.

“Anytime anyone is arriving in camp, that’s a risk because it almost hits the reset button with anyone they’ve come in contact with,” said David.

“Camp is needed now more than ever,” she stressed. “Over this past year, there has been a lot of loss and disconnection. The opportunity to come to camp, be outside, unplug and develop social and communicative skills, challenge themselves and have fun is particularly meaningful.”

Robin Anderson, director of Camp Young Judaea Midwest in Waupaca, Wisconsin, agreed. “I think every kid needs to be at camp this summer and be a kid, and not worry about going to Zoom school or not being able to have a playdate,” she said.

Anderson has been preparing for months to make overnight camp possible for the 200 kids — including a sizable Pittsburgh contingent — who plan on attending this summer.

“For me as a camp director, I have been looking at this like a marathon, not a sprint,” she said. “We’ve been taking our time and going through this process and looking at every aspect of things, which we will until the start of camp. We’re learning things every single day, and for me, someone who loves to plan, we’ve learned that you can plan only so much in this pandemic — but I also believe that we can open camp successfully and safely this summer.”

Families who are considering summer camp should reach out and ask questions, said Anderson: “Please call. We may not have the answers right now, but we want people to know it’s an option to go to Jewish summer camp this year.”

With everything that has transpired during the past 12 months, she said, “being able to come to camp, and swim, and run around and be free — don’t we all wish we could have that right now?” PJC