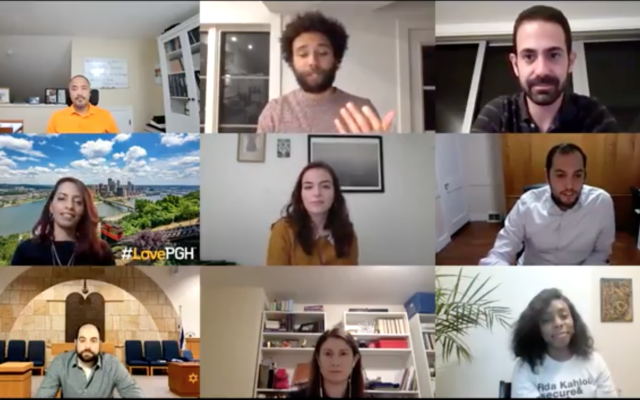 Since its 2019 inception, the 412 Black Jewish Collaborative has sought to bring people together for meaningful conversation and action. Prior to the pandemic, those efforts often involved in-person gatherings. Small group dinners and discussions provided intimate settings for members of Pittsburgh’s Jewish and non-Jewish Black communities to fraternize, learn each other’s histories and develop relationships. Once the pandemic arrived, however, gathering largely shifted online.

During the summer’s protests some members met up across the city, but most connections occurred virtually, said Laura Cherner, a 412 member and director of the Jewish Federation of Greater Pittsburgh’s Community Relations Council.

In response to seemingly weekly incidents of racial injustice nationwide, 412 members went online to express “solidarity, love and support to each other,” said Josiah Gilliam, a 412 founder and the coordinator for the city of Pittsburgh’s My Brother’s Keeper.

Months removed from the summer, 412 members still check in on one another, but the group as a whole has made efforts to broaden its reach.

The goal is keeping the group involved in relevant local and national conversations concerning racism or anti-Semitism, and also ensuring “Jews of color are part of that conversation,” she said.

The group also is hoping to attract new members online. As an example, on Feb. 3, the collaborative, in partnership with The Frick Museum, 1HoodMedia and Emmy Award-winning producer Emmai Alaquiva, participated in a takeover of The Frick’s Instagram page.

With the museum’s permission, 412 and its partners told “unique stories around social justice and equity,” said Gilliam. 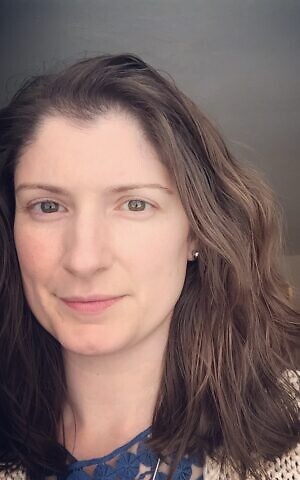 “The Frick obviously has a brand, and they have a very specific audience on Instagram,” said Terry. “Some of those people may or may not know about these organizations, or the 412 Black Jewish collaborative, so one of the immediate benefits in a social media takeover is that you are pushing awareness.”

Whereas a typical 412 post reaches between 100 and 200 users, each of the two takeover posts reached approximately 900 users.

Those numbers are encouraging, Gilliam said. Moving forward, 412 hopes to work with additional groups because, by leveraging each other’s accounts, there’s greater opportunity for not only clicks but quality engagement, he added.

“Part of what we want to do is build bridges across communities,” said Terry, noting that the intention is to increase impact and create new partners.

In the process of making meaningful connections, 412 aims not only to raise awareness about the past year’s history but to highlight positivity as well, said Gilliam: “There’s also good news, and inspiring history, and stories that encourage and build up.”

Cherner, and Federation, are hoping to share some of those positive ideas in the coming months through videos and other digital content.

The goal is more than simply showcasing local successes and friendships. It’s about helping people create meaningful relationships within their own lives and networks, said Cherner.

Relationships created through 412 are part of a larger shared fabric, spanning years, between the non-Jewish Black and Jewish communities in Pittsburgh. That special friendship was clearly evident following the Oct. 27 shooting at the Tree of Life building, said Adam Hertzman, Jewish Federation of Greater Pittsburgh’s director of marketing.

Through efforts like those occurring at 412, the hope is that the communities continue strengthening each other, continued Hertzman: “It’s so critical given the huge number of issues of common concern that we maintain.” PJC