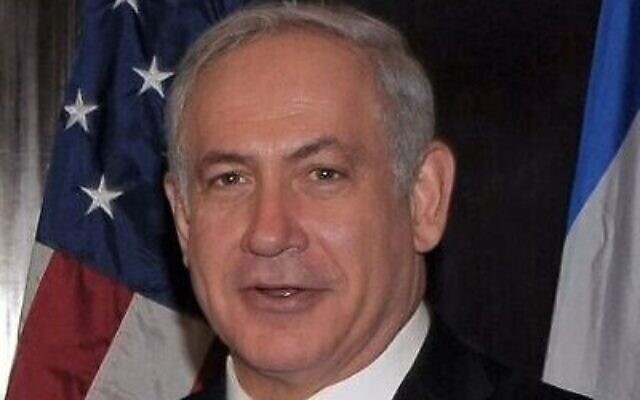 Last Thursday, together with U.S. President Donald Trump and Sheikh Mohammed bin Zayed, I declared the historic peace agreement between Israel and the United Arab Emirates. This is the first peace agreement between Israel and an Arab country in 26 years. It is different from its predecessors because it is based on two principles: “peace for peace” and “peace through strength.” Under this doctrine, Israel is not required to withdraw from any territory and together the two countries openly reap the fruits of a full peace: Investments, trade, tourism, health, agriculture, environmental protection and in many other fields, including defense of course.

This strong international position found expression in our willingness to take a stand against Iran’s aggression in the region and its efforts to attain nuclear weapons. The fact that we stood alone, and sometimes I had to stand alone against the whole world against Iran and the dangerous nuclear agreement with it, this made a major impression on Arab leaders in the region.

A simple fact was proven anew: Strength attracts and weakness repels. In the Middle East, the strong survive and with strength, one makes peace. I have advanced the cultivation of Israel’s strength over the years and thereby the doctrine of “peace for peace” as well. I do this with leaders around the Arab and Islamic worlds.

This concept found public expression in my meeting with the president of Sudan about six months ago, in my meetings with senior Arab foreign ministers in the open meeting in Warsaw a year and a half ago, and in my open visit to Oman two years ago at the invitation of the late Sultan Qaboos. I can tell you that it found expression in a series of secret meetings, about which I shall not go into detail.

This doctrine stands in complete contradiction to the concept that held, up until a few days ago, that no Arab country would agree to make an official and open peace with Israel before a conclusion was achieved in the conflict with the Palestinians. In the Palestinians’ view, and in the view of many in the world who agreed with them, it would be impossible to achieve this peace without capitulating to the Palestinians’ demands, including the uprooting of communities, the division of Jerusalem and a withdrawal to the 1967 lines.

In effect, this mistaken concept gave the Palestinians a veto over achieving peace between Israel and Arab countries. It held Israel and the Arab world as hostages to the Palestinians’ most extreme demands, which put the State of Israel in genuine existential danger. Perhaps, in my view, the greatest danger was that more than a few Israelis agreed with the absurd conditions. No more. This concept of “peace through withdrawal and weakness” is gone from the world. It has been replaced by a different concept: Genuine peace, peace for peace, peace through strength. This is what we are advancing today.

I remind you that in the current agreement, not only has Israel not withdrawn from so much as one square meter, rather the Trump plan includes, at my request, the application of Israeli sovereignty over extensive territories in Judea and Samaria.

It was I who insisted on including sovereignty in the plan. President Trump is committed to it and I am committed to conducting negotiations on this basis. At the UN in 2013, I said that for years, many believed that Israeli-Palestinian peace would advance a broader reconciliation between Israel and the Arab world. I said that I was of the view that peace would be achieved in the opposite fashion: Expanding reconciliation between Israel and the Arab world would likely advance an Israeli-Palestinian peace. I added that in order to achieve this, we had to gaze not only at Jerusalem and Ramallah, but at Cairo, Amman, Abi Dhabi, Riyadh and other places.

This was not a prophecy. This was the persistent and systematic policy that I led and which took years to trickle down. Thank God, it has indeed trickled down. I see additional countries joining the circle of peace with us. This historic change will also advance peace with the Arab world and, in the end, peace, true peace, monitored, secure, with the Palestinians as well.

I would like to thank the various elements that, over the years, assisted in maintaining the link with the United Arab Emirates, especially the Mossad. I also add my special envoy to the Arab world, attorney Yitzhak Molcho, and National Security Council head Meir Ben-Shabbat and his team. I thank them all.

In addition, special thanks for advancing this peace agreement goes to an additional person, Israeli Ambassador to the U.S. Ron Dermer. He did exceptional work, unassumingly and professionally, together with the White House team and his colleague in Washington, the Emirati ambassador.

And of course, again, I would like to express deep gratitude to President Trump and Sheikh Mohammed bin Zayed; the cooperation between us brought about an historic move of very great importance to the future of Israel and the entire region. pjc

Benjamin Netanyahu is the prime minister of Israel. This piece originally appeared on JNS.org.