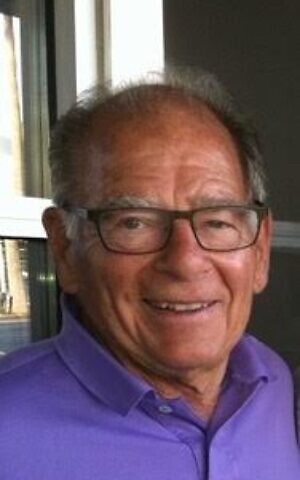 OLIPHANT: Stephen Oliphant. It is with profound sadness that we announce the unexpected passing of Stephen Duncan Oliphant Junior (Dec. 31, 1933 – Feb. 19, 2022), who peacefully passed surrounded by his loved ones. Born and raised in Beaver, Pennsylvania, Steve resided with his parents and older brother, the late Stephen, Dorothy (Thompson), and Robert Oliphant. Losing his father at the young age of 13, Steve developed a remarkable sense of independence, a trait which he valued and deliberately instilled in future generations of his family. During his years at Beaver High School, he remained an active community member and three-sport athlete. He earned his bachelor’s degree from Washington and Jefferson College where he played football and held various leadership roles, such as his role as president of the Letterman’s Club. Following graduation, he served on the W & J Board of Trustees and as president of the Alumni Association, maintaining a connection to the institution he so deeply cherished. Professionally, Steve began his lifelong career in the steel industry at Jones and Laughlin Steel Company. While living in Cleveland he was active in the civil rights movement, chairing a community center. After leaving J and L Company he became president at Roth Steel Tube Company. Inherently entrepreneurial, Steve later founded various companies in the metal industry, including TubeTech, North American Steel Company and Steel Tubing Sales. Steve gained immense satisfaction from his occupation, reluctantly lessening his workload during recent years to spend more time with his family and more significantly, his beloved wife. Later in life Steve pursued multiple interests, including teaching political geography at CMU Osher, refereeing JV football and exercising daily. He is survived by his beloved wife, Judith Roscow, with whom he shared a marriage filled with love and support. Such reflected the way in which Steve entered all relationships, conveying genuine kindness and interest in everyone he encountered. Steve is the father of Melissa Oliphant and Harriet Clift (Ray); the stepfather of Diana Terrill (Marc), David Roscow (Rachel), and Jonathan (Katy) Roscow; and grandfather to seven wonderful grandchildren who he adored. Graveside services and interment were held at West View Cemetery of Rodef Shalom Congregation. Contributions may be made to Washington and Jefferson College Class of 1955, Scholarship Fund, Department of Development, 60 S. Lincoln Street, Washington, PA 15301 or Sewickley Public Library, Children’s Department, 500 Thorn Street, Sewickley, PA 15413. Arrangements entrusted to Ralph Schugar Chapel, Inc., family owned and operated. schugar.com PJC