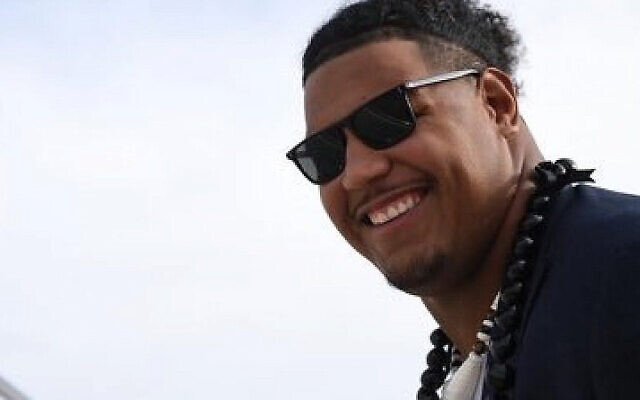 (JNS) – Pittsburgh Steeler Zach Banner announced Monday that he was donating a portion of a game day check to Tree of Life, the site of the mass shooting in October 2018.

He signed off as “Hulk,” a reference to Marvel superhero Bruce Banner.

“I have been so moved by the support and love I’ve received from the Jewish community this year, especially here in Pittsburgh,” Banner told Jewish News Syndicate. “The Tree of Life synagogue is such a major fixture in our city, and I see so much overlap between their mission and the mission of my foundation [B3 Foundation] champion. To build and strengthen community, to heal division and bring people together. This is my way of saying thank you for the ongoing support I’ve received and to stand as an ally for my Jewish brothers and sisters.”

Earlier this year, the offensive tackle took to social media in support of the Jewish community after fellow NFL player DeSean Jackson posted anti-Semitic comments made by Hitler.

In his July video, Banner urged the “black and brown community” to understand that like them, Jews are a minority and face the “same amount of hate [and] similar hardships … .”

The Twitterverse responded to Banner’s latest announcement of tzedakah with gusto with people calling the football player a “mensch” and inviting him for latkes, coffee and even to Friday-night Shabbat dinner.

Representatives from the congregation responded: “We look forward to inviting you to celebrate the holidays in person sometime soon!” PJC