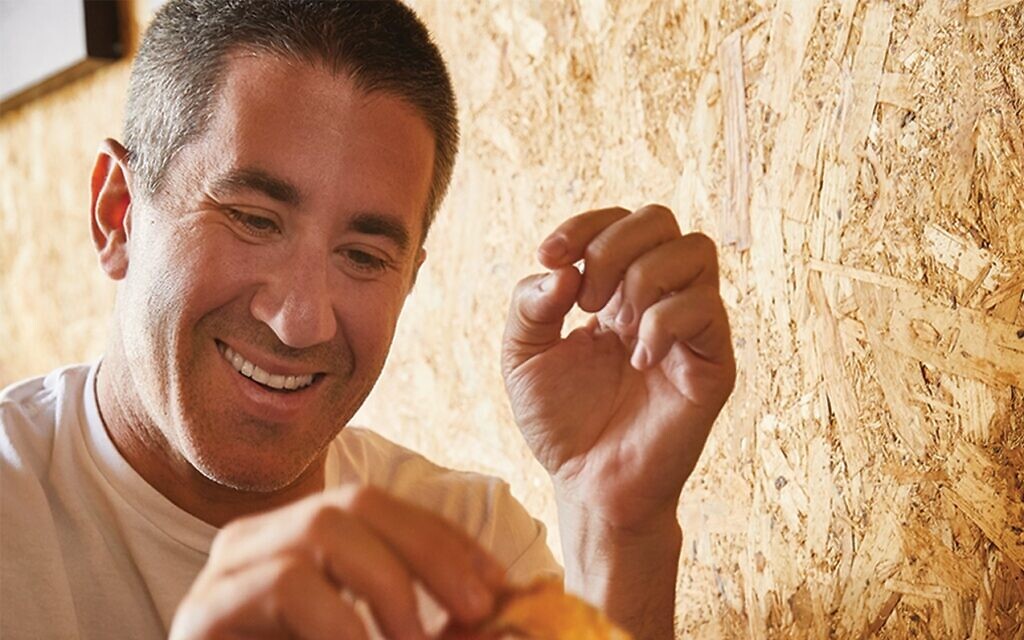 With his fleet of Philadelphia restaurants and three published cookbooks, chef Michael Solomonov, a former Pittsburgher, has made a strong bid to be the most prominent proponent of Israeli food in America.

Now, the man once named the James Beard Outstanding Chef in America will look to bring the tastes of Israel to Americans through a new medium: a web series, which debuted on Jan. 13.

“Bringing Israel Home,” hosted by Solomonov, will air weekly on Wednesday nights at 8 p.m. through April 28, and will feature the chef in conversation with writers, students and fellow chefs. Solomonov and his interlocutor will tackle a different topic each week before diving into a cooking demonstration, with each recipe available to the public prior to the show’s airing.

With “Bringing Israel Home,” Solomonov said, he’s able to do what he’s always aimed to do, even as the pandemic has kept him cooking in his home kitchen more than he ever dreamed.

The first episode, which aired via Vimeo, featured “Haaretz” food journalist Ronit Vered and Via Sabra founder Avihai Tsabari, a childhood friend of the Solomonov family, with the trio cooking chicken thighs and pilaf. Remaining episodes will include interviews with the likes of cookbook author Adeena Sussman, baker Uri Scheft and the lead singer of Yemen Blues, Ravid Kahalani. Together with Solomonov, they’ll cook classic Israeli dishes like sabich, schnitzel and borekas.

Each episode will use the evening’s dish as an entry point to conversations about the people, places and cultures that make up Eretz Yisrael. An episode featuring conversations with gap-year students, many of them introduced to Israel for the first time, features basic Israeli foods for the newcomer, like couscous and chopped salad; the episode with Osama Dalal, an Akko-based chef, uses a quirky fish schnitzel recipe to talk about the city’s long history of Jewish and Arab coexistence.

“We’re so fortunate on this show to visit with an incredible lineup of people, who will bring that sense of place and culinary discovery to us at home,” Solomonov said.

The genesis of the show is fairly simple, according to Solomonov. Unable to travel to Israel to see his family and friends, and with more time on his hands than he’s had in years, “Bringing Israel Home” is as much a way to stay sane as it is a venue for his cooking. There’s only so much time to be spent running restaurants that are operating at a fraction of their pre-pandemic capacity.

“This is something that I kind of need to do,” Solomonov said. “I really am homesick, and introducing people to Israel is what I do.”

He’s positive that the show would never have happened without the newly discovered time to devote to its production, nor without the void created by the impossibility of travel.

Tsabari, who appears on many episodes, is the proprietor of several tour guide companies, and will give contextualizing information and stories for some of the dishes. As a young man, he was a friend of Solomonov’s brother, David, who was killed during his IDF service in 2003. The connections run deeper than that — Solomonov was friends with Tsabari’s sister, and Solomonov’s mother was Tsabari’s English teacher.

“I can count on one hand the people who are as generous, as genuine and have a really, really big heart, like Mike,” said Tsabari, who lives in Hod HaSharon.

On the episode dedicated to David Solomonov, which will stream on March 3, Solomonov will interview members of his brother’s unit and cook a lamb dish that was a family favorite.

Like Solomonov, Tsabari sees a direct line between the new burdens of travel and the desire for a show like “Bringing Israel Home.”

“The fact that now people are being told that they can’t come to Israel, even if they didn’t plan to come to Israel before, is now making them more eager to come here,” Tsabari said, even if “coming” to Israel doesn’t take them any further than their stovetops and ovens.

“Bringing Israel Home” is supported by The Jewish Community Response and Impact Fund, Jim Joseph Foundation, Maimonides Fund, The Paul E. Singer Foundation and Charles and Lynn Schusterman Foundation; The Hub on My Jewish Learning and The Nosher are promotional partners. PJC

Jesse Bernstein writes for the Jewish Exponent, a Chronicle-affiliated publication.