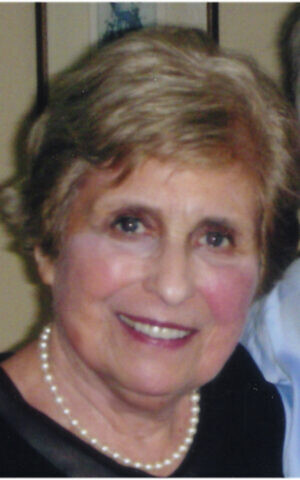 GURIN: Sally Schechter Gurin, 92, a retired educator and devoted mother and grandmother, passed away peacefully in her sleep on Sept. 14, 2021, in Philadelphia. Sally was a lifelong Pittsburgh resident but moved in recent years to be closer to family. She is survived by her children, Milton Gurin and Crystal Gurin, and grandchildren, Evan Burgos and Adam Burgos, along with his partner Donna Padilla. She will be missed by her nieces, nephews, grandnieces, grandnephews, cousins, friends, and her great-grand-dog Fausto.
For 58 years, Sally was married to her best friend, Norman Gurin, also of Pittsburgh, who passed away in 2008. She was the daughter of the late Benjamin J. Schechter and Fanny Crystal Schechter, and sister to the late Ellis Schechter.
Sally was a graduate of Pennsylvania College for Women, now Chatham University, and later earned a degree in education from the University of Pittsburgh. She went on to have a distinguished, 30-year career as a first-grade teacher in the Woodland Hills School District, at Eastmont and then at Wilkins. As Mrs. Gurin, she was revered by her colleagues and students alike. She also took an active role in the teachers association, contributing to contract negotiations.
Sally enjoyed life for its simple pleasures. She treasured time spent with friends and was an enthusiastic traveler. One of her greatest attributes was her empathy. She was known for her extraordinary compassion, concern and care for loved ones, especially in times of need. Sally’s resolve to care for others was made possible by her own fortitude. She was confident and resolute, known and admired by her family for her strong will.
A memorial service will be held at Rodef Shalom, Pittsburgh, on Friday, Oct. 22, 2021 at 11 a.m. The family will greet mourners (masks and vaccination required) beginning at 10 a.m.
Contributions may be made to a charity of your choice. PJC