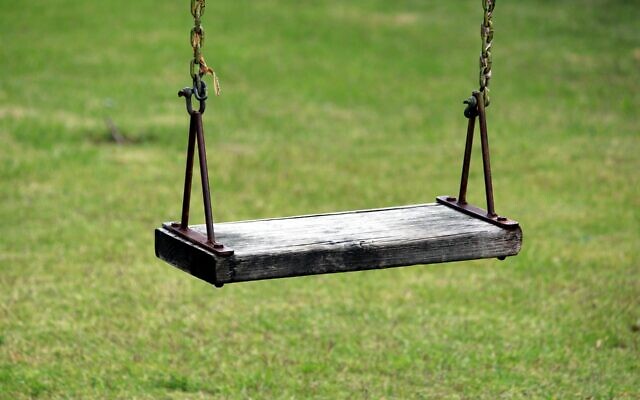 (JTA) — The last of three investigations into sexual misconduct in the Reform movement concluded Thursday with the release of a report focused on failures in programs serving youth. Four leaders or former leaders in the movement were named, including its longtime youth director.

Investigators hired by the Union for Reform Judaism, which represents 831 congregations belonging to the largest denomination of American Jews, learned of dozens of incidents of sexual misconduct, including 17 involving inappropriate behavior of adults toward minors, that took place over the past 50 years.

Over this period more than 500,000 minors participated in Reform programs such as overnight summer camps, conferences, Israel trips, and NFTY, the Reform youth movement.

Debevoise & Plimpton LLP, the law firm hired by the URJ to carry out the investigation, found that past misconduct was enabled by various cultural factors, including “an old boys club” atmosphere among the prior generations of camp directors; fear that officials would retaliate against those who complained; and a “hook-up” culture within the NFTY youth movement and at some camps.

The report also found that the movement had knowingly hired clergy who had been fired from congregations for sexual misconduct, but not out of a desire to shield rabbis from accountability. “Rather, these employment decisions resulted from sincerely held beliefs in redemption and the process of teshuvah,” the report says, referring to a Jewish concept akin to restorative justice.

Regardless of the intent of leaders, a lack of transparency about the handling of allegations has helped foster mistrust in Reform institutions, the report adds.

The report credits the movement for having improved, updating its policies and practices over time and displaying a strong commitment to accountability by current leaders.

“That this investigation happened at all reflects a positive and profound cultural change,” the report says, noting that the URJ cooperated with investigators and has committed to implement its recommendations in full.

“We are heartbroken and distressed by these accounts and we profoundly apologize for the enduring pain caused to so many,” URJ President Rabbi Rick Jacobs and Jennifer Brodkey Kaufman, chair of the URJ Board of Trustees, said in a statement.

Calling the abuses described in the report “antithetical to Reform Jewish values,” they added, “Going forward, we are committed to creating environments that better protect the safety and well-being of everyone in our community.”

The report marks the conclusion of a trio of third-party investigations that the Reform movement’s seminary, rabbinical association and synagogue network each initiated last year. The investigators, from three different firms, were charged with scrutinizing allegations of cases of harassment and abuse with a focus on policies and practices that have failed to ensure accountability. Advocates for change within the movement called the investigations “historic.”

The first investigation, about Hebrew Union College-Jewish Institute of Religion, identified patterns of abuse in the seminary’s history when it was released in November. It found that the rabbinical school’s presidents from 1971 to 2000 both harassed and assaulted women at the school; one of them, Rabbi Alfred Gottschalk, was publicly named in an abuse allegation for the first time.

The second, examining the Central Conference of American Rabbis or CCAR, landed in late December. It pointed to loopholes that allowed rabbis accused of abuse to continue working in the Reform movement if they left synagogue positions — loopholes that the rabbinical association said have since been closed.

In this third and final report, investigators scrutinized the practices of the camps, youth programs and other non-synagogue experiences operated by the Reform movement. They spoke with 168 people who reported allegations of abuse and attempted to corroborate each one, concluding that instances of abuse, including against children, had taken place across movement activities over the past five decades.

The number of instances that the investigators corroborated were small, however, and they found that awareness, supervision and training in the movement has improved considerably in recent years. While they found five rabbis who continued to work in the movement after being accused of abuse prior to 1996, they did not become aware of any after that time.

Four people are named in the report because investigators found that their misconduct was especially egregious, widespread or long-lasting, and corroborated by several sources. The Jewish Telegraphic Agency has reached out to the rabbis who are still living for comment.

While the individual cases were egregious, the report concludes, they did not necessarily represent major patterns within the Reform movement. Even so, the movement should continue to shore up its practices for reporting, tracking and responding to abuse allegations, the report recommends.

The report also identifies some aspects of the Reform movement that could complicate efforts to respond ideally to abuse allegations. For one thing, the report says, many within the movement are confused about the three branches and where to go within each with allegations.

It also recommends that the branches collaborate more closely to prevent abusers from moving within them, such as by creating a process to inform congregations about rabbinic applicants’ prior sexual misconduct.

And it urges the movement to scrutinize the teshuvah process that employees who are found to have engaged in misconduct can follow to bring themselves back into good standing.

“We recommend that the URJ work with the CCAR and HUC to consider whether the Teshuvah process for religious leaders who have engaged in sexual misconduct has been effective in preventing future misconduct and whether it addresses adequately the needs of individuals and congregations that have been harmed by the misconduct,” the report concludes. PJC