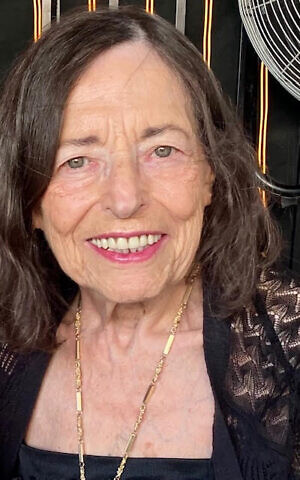 BERKOVITZ: Phyllis Berkovitz died peacefully on May 19, 2021. She was born in Pittsburgh in 1933. Phyllis graduated from Peabody High School in 1950, married her husband Jack, and moved to California to attend UCLA. One year later, her father died in Pittsburgh. Phyllis and Jack moved back to Pittsburgh to raise her 13-year-old brother Murray and remained in Pittsburgh for the rest of her life. Phyllis graduated summa cum laude from the University of Pittsburgh and went on to a career as a teacher and later administrator for the Pittsburgh Board of Education. She was dedicated to her students and maintained lifelong relationships with several of them. Phyllis also developed a keen interest in yoga many years before yoga became popular. She became a celebrated yoga instructor and taught for almost 50 years. She also trained other teachers. Another of her passions was bridge, and she was a highly accomplished bridge player, a life master for many years, and a member of the bridge community. Other interests included classical music, art, literature and science. The most wonderful thing about Phyllis, though, was her devotion to her family and friends. She was a remarkably caring person, who accepted family, friends, and students into her home when they needed a place to live and offered assistance in all ways that she could. Her loving and generous spirit is impossible to capture in words, and she will be missed greatly. In addition to her husband Jack, Phyllis is survived by her daughter Darlene Berkovitz (Robert Zinn), her grandchildren Andrew Zinn and Eleanor Zinn, her brother Murray Goldman (Marg Goldman), nieces Lisa Van Nostrand (Thomas Van Nostrand), Amy Dyson, (Peter Dyson), Aida Berkovitz, Trista Berkovitz (Stephen Pegors), beloved great-nieces and nephew, cousins and dear friends. Graveside services and interment were held at Homewood Cemetery. Donations can be made to the Pittsburgh Symphony Orchestra or the Humane Animal Rescue of Pittsburgh. Arrangements entrusted to Ralph Schugar Chapel, Inc., family owned and operated. schugar.com PJC