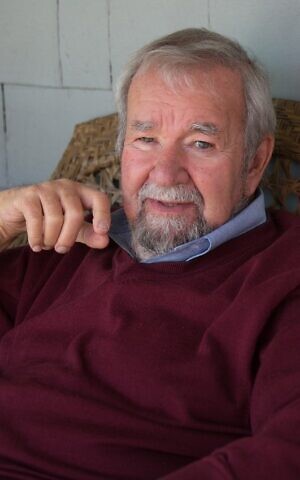 GLOSSER: Paul Louis Glosser, aged 91, passed away on Sunday, Aug. 22, 2021, in Sarasota, Florida. Paul lived a life of love, laughter, travel, adventure, and, most of all, family. Paul was an avid fisherman, golfer, New York Times crossword puzzler, red wine drinker, “Jeopardy!” watcher and Steeler fan. Paul was philanthropically involved in Johnstown, Sarasota, and Jewish charities.
Paul was born in Johnstown, Pennsylvania, on Jan. 22, 1930, the son of Sylvia and David Glosser. Paul is survived by his loving wife of 67 years, Rita Gordon Glosser, his four children, David (Stephanie), Andy (Vickie), Richard (Cathy), and Amy (Janno), 10 grandchildren, and one great-grandchild. Paul was an executive at Glosser Bros, the family-owned regional department store chain, where he ran the 15-store supermarket division.
Paul grew up in Johnstown, went to Miami Beach High, and graduated from the University of Pittsburgh in 1951. While at a fraternity social at Pitt, Paul met Rita Gordon, who became the love of his life. Paul served as a Supply Sargent for the U.S. Army during the Korean War, 1952-1954.
He will be deeply missed by his family and friends and remembered for a life lived in full.
Donations in Paul’s memory can be sent to Jewish Family & Children’s Services of the Suncoast at jfcs-cares.org or mailed to JFCS, 2688 Fruitville Road, Sarasota, FL 34237. PJC