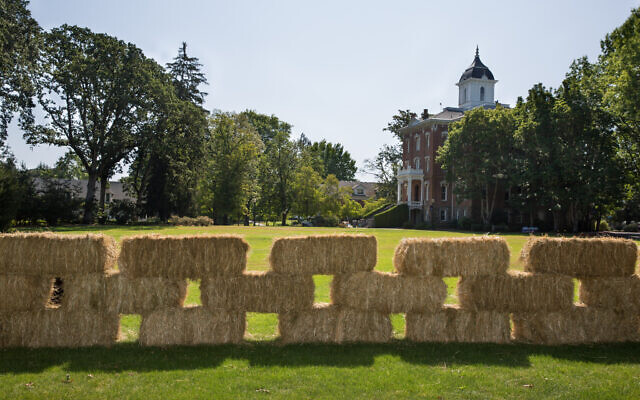 A 2018 photo of the Linfield University campus in McMinnville, Ore. (George Rose/Getty Images)

(JTA) – A university in Oregon that fired a Jewish professor last year after he accused the school’s president of making antisemitic comments violated the professor’s academic freedom, according to a new report by a group that represents university professors. 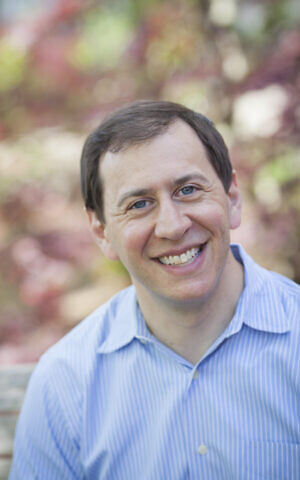 Daniel Pollack-Pelzner, a tenured English literature professor at Linfield University, was fired from his job in 2021 after calling out what he said was antisemitic speech by its president. (Courtesy of Pollack-Pelzner)

The American Association of University Professors concluded that Linfield University, a private school in McMinnville, violated academic freedom guidelines when it fired tenured English professor Daniel Pollack-Pelzner a year ago. The report, released last week, also said the university “contributed to a culture of abuse” by its actions.

Linfield fired Pollack-Pelzner shortly after the professor went public with his accusations against the school’s president, Miles K. Davis. He accused Davis of making multiple antisemitic comments to faculty, including commenting on the size of Jewish noses and making jokes about sending Jews to gas chambers. Pollack-Pelzner also accused the school of covering up reports of sexual assault and instances of swastikas and other hateful messages painted on campus.

The standoff attracted attention from Jewish groups, with the Anti-Defamation League and the Oregon Board of Rabbis both calling on Davis to resign. Local outlets reported that members of the university community who rallied behind Pollack-Pelzner were being intimidated into silence. Pollack-Pelzner subsequently sued the university for $4 million for whistleblower retaliation and other claims; meanwhile, a parallel investigation by the local NAACP found that Davis, who is Black, had been subjected to racism at the university, and it called the professor’s allegations into question.

Now, the AAUP report corroborates much of Pollack-Pelzner’s allegations against the school. It details how Linfield forced him out of his job and locked him out of his email without first holding a disciplinary hearing required for charges against a tenured professor. It also details how, as the school board’s designated faculty trustee, Pollack-Pelzner had reported several relayed instances of sexual assault and harassment, as well as reported instances of swastikas and racial slurs found on campus, to the board, allegations that the report says were swept under the rug.

Linfield, which is affiliated with the American Baptist Churches, did not participate in the AAUP investigation. In communications with faculty and local media, university spokespeople denied the report’s allegations and indicated they were prepared to fight them in court.

Pollack-Pelzner’s lawyer told Oregon Public Broadcasting that the AAUP report was a preview of what a jury could find in a court case against the university. Pollack-Pelzner is currently a visiting scholar at Portland State University, according to his website. PJC