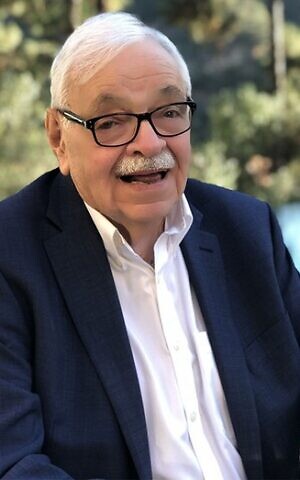 SIMON: Former Pittsburgh resident and Hall of Fame retired marketing executive Owen Simon passed away on April 2, 2021, at the age of 93. Admired throughout his career for creative, cutting-edge, and impactful promotion and media campaigns, he was best known for being a consummate gentleman who brought intelligence, class, humor and savvy to the industry. After starting with KQV and KDKA radio in Pittsburgh, he continued with Group W Productions (CBS) with moves that took him and his family to New York, Philadelphia, and then Los Angeles . He received the Hall of Fame Award and Promax Lifetime Achievement Industry Award which recognized his contributions to creative services. After a 40-year career, the industry legend became a legendary “Zayde” to his family including children Ed Simon, Julie Mathy Wasserman (Edward), Melissa Durlofsky (Louis), and grandsons, Jake, Kyle, and Perry Wasserman and Andrew and Michael Durlofsky. Owen Simon was born in Beaver Falls, Pennsylvania, and was predeceased by his wife of 41 years, Selma Cooper Simon. Simon most enjoyed the writing parts of his work and was known for his creative songs and poems presented to friends and family. Iconic for his association with penguins, he loved music, Broadway, Scrabble, the Pittsburgh Pirates, family events, and connecting people. The family asks that contributions be made to the Skirball Cultural Center in Los Angeles where he spent 17 years as a volunteer: Skirball.org/donate. PJC