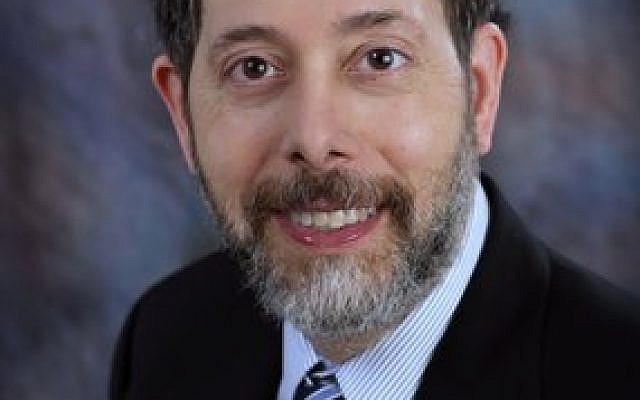 His bio could be that of an edgy, new DC Comics superhero:

A mild-mannered computer scientist leaves his faculty position at a well-respected university (say, Carnegie Mellon), to create a new technology that will revolutionize crime-solving, leading to the conviction of the guilty and the exoneration of the innocent.

Meet longtime Squirrel Hill resident Mark Perlin, identified earlier this month by the Pittsburgh Post-Gazette as one of 14 “People to know around Pittsburgh in the New Year.”

Armed with a degree in medicine, and doctoral degrees in both math and computer science, Perlin is the founder of Cybergenetics in Oakland, a company that uses TrueAllele, a technology Perlin developed, to provide computer analysis of DNA samples that is about a million times more accurate than human review.

The technology already has been used in over 100 criminal cases, and was used to identify the remains of victims of the 9/11 attacks.

“We’re trying to produce something like truth to better society,” Perlin said. “We are purely a tikkun olam company.”

Just last week, Perlin was on the stand as an expert witness in the Common Pleas Court of Allegheny County, testifying about the DNA identity of a brutal rapist, Ralph Skundrich, of Butler County. Perlin’s testimony, based on his TrueAllele analysis, showed that a match between Skundrich and the DNA sample collected from the Shadyside rape victim was 4.04 quadrillion times more probable than coincidence.

Skundrich is scheduled to be sentenced on April 8 for five counts of involuntary deviate sexual intercourse, along with multiple counts of assault and false imprisonment.

Perlin’s TrueAllele system currently is used in crime labs in about 10 states, including California and New York, and in Europe. Its efficacy has been legally affirmed in Pennsylvania as a reliable method of DNA analysis.

“His computer can do the analysis much more easily than a human analysis,” said Dr. Karl Williams, Allegheny County medical examiner.  “It’s truly a revolutionary change in the ability of crime laboratories to get information from complex specimens. It allows us to process data more quickly, and gives an impressive odds ratio of the likelihood that you’re making a correct identification.”

Because the TrueAllele system is so much more accurate than traditional means of DNA analysis, Perlin hopes that it will be put to use more commonly in criminal cases.

“There’s a belief in society that for certain things like medicine and forensic evidence, that everything that can be done is being done,” Perlin said. “But with most DNA evidence, it’s not. The purpose of Cybergenetics is to bridge that gap: to identify criminals, to convict the guilty, to exonerate the innocent, and to identify remains.

“Our goal is to make sure that everything that can be done is being done to get all the information we can from DNA evidence,” Perlin continued. “Imagine if there was a cancer test, and people didn’t use it. In medicine, which is my background, that wouldn’t be acceptable.”

In addition to helping solve crimes through DNA analysis, Perlin has an alter ego as a musician and songwriter. He has written over 100 songs, and currently is in the process of recording them at a recording studio in his home. He says his songs are lyric-driven, and he has written about 10 that touch on “themes of DNA, criminal justice and innocence.”