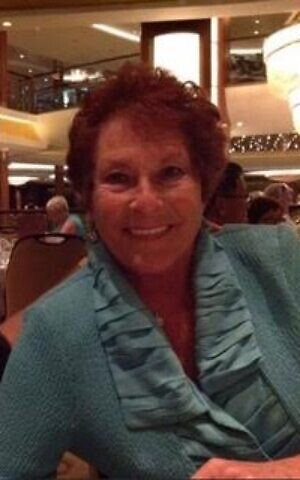 GUSKY: Marilyn Gusky, of Boca Raton, Florida, formerly of Mt. Lebanon, passed away peacefully, but unexpectedly on Saturday, Sept. 11, 2021. She was 81. She was the beloved wife of Burton (Burt) Gusky, her childhood sweetheart, married for 54 years. In addition to being a devoted wife, she was also a loving mother to her two daughters, Phyllis (David) Kimel of Pittsburgh, and Michelle Fellman of Delray Beach, Florida. She was a devoted Grandma to her four beautiful grandchildren, Nathan and Evan Kimel, and Ryan and Taylor Fellman. She leaves behind three sisters, Elinor (Ivan) Gold, Bernice (Carl) Trout, and Doreen Gerzoff, and a brother, Irving Silverberg (deceased), as well as many nieces and nephews. She will be deeply missed by all who loved her.
Not only was Marilyn brilliant, but she was beautiful and extremely talented. In addition to playing tennis, golf, canasta, bridge and mah-jongg, she was a brilliant investor and bought into the idea of fixed income and equities at a time when retail investing was not yet a “thing.” She was part of a group of people who trailblazed modern day investing, and was an avid “day trader” from her living room, living her life by the ticker tape.
But investing was not her defining trait. She was also a prominent pianist and an accomplished entertainer, still playing piano from memory until her final days. She regularly held private recitals for her friends at her home in Broken Sound, entertaining them with medleys from “Fiddler on the Roof,” “New York New York,” and brought musicals to life by performing hundreds of songs from popular Broadway shows, in addition to mastering the most complicated works of Beethoven, Mozart and Chopin. She also did music therapy with Alzheimers patients, and performed in nursing homes, as she understood that music is a great healer, and it calms patients down and brings them joy.
Private services were held at The Gardens of Boca Raton, on Sept. 14, 2021. Arrangements entrusted to Sinai Memorial Chapels. Donations can be made in Marilyn’s memory either to Alzheimer’s Association alz.org, or at volencenter.com or at The Volen Center, Attn. Debbie, 1515 West Palmetto Park Road, Boca Raton, FL 33446, where she spent several months in their daycare program before moving to a memory care facility. PJC