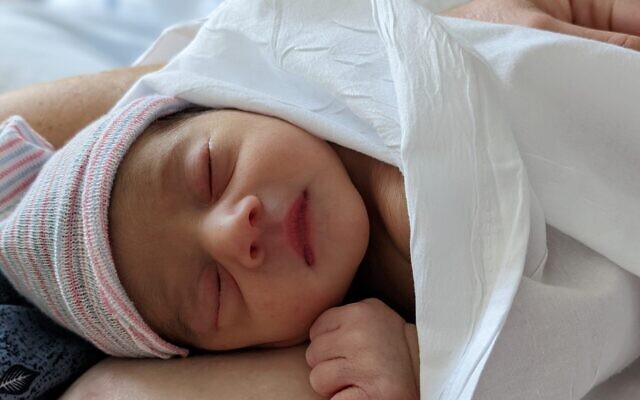 Rebecca Cooper Bhatt and Vinay Bhatt are delighted to announce the birth of their daughter, Leela Cooper Bhatt, on June 26, 2022, in Brookline, Massachusetts. Grandparents are Naomi Weisberg Siegel and Eric Cooper of Pittsburgh, and Haresh Bhatt and the late Bhavna Bhatt of Upton, Massachusetts. Great-grandparents are Joan and Herb Cooper of Gaithersburg, Maryland, and the late Rebecca (Ruby) Weisberg Siegel and Robert (Bob) Siegel, formerly of Pittsburgh, and Kanaiyalal and Nalini Bhatt and Krishnaram and Mridulata Oza.