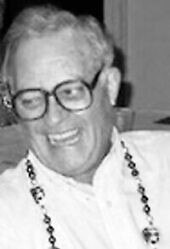 MARKLEY: Joseph L. Markley, 94, passed away peacefully despite his battle against COVID-19 on Tuesday, Nov. 24. Born April 14, 1926, in New Castle, Pennsylvania, son of the late Maurice and Reggie (Klein) Markley. Four older sisters preceded him in death: Eleanor Gelfand, Helen Kohane, Betty Rosenberg and Ruth Sevel. On April 1, 1951, Joe married the late Ruth Edelstein, with whom he celebrated 66 wonderful years. He is survived by two daughters, Harmony Bentosino of Kapolei, Hawaii and Sandra (Danny) Levine of Mishawaka, Indiana. Grandfather of Elizabeth Levine and Melissa (Joseph Gresham) Levine, both of Chicago, and many nieces and nephews. Joe served our country, first under the command of General Patton from 1944 -1945 and then in the occupation through 1947. Joe earned a bachelor’s degree from Lebanon Valley College. He returned to New Castle, where he owned and operated the State Theater. Later, the family moved to Pittsburgh and attended Temple Emanuel in Mt. Lebanon. Joe worked in the banking equipment industry. He later moved to Houston and then to New Orleans. In 2011, the couple moved to South Bend, Indiana, to be close to their daughter Sandra. Graveside services were held on Friday, Nov. 27, 2020, in South Bend, Indiana. PJC