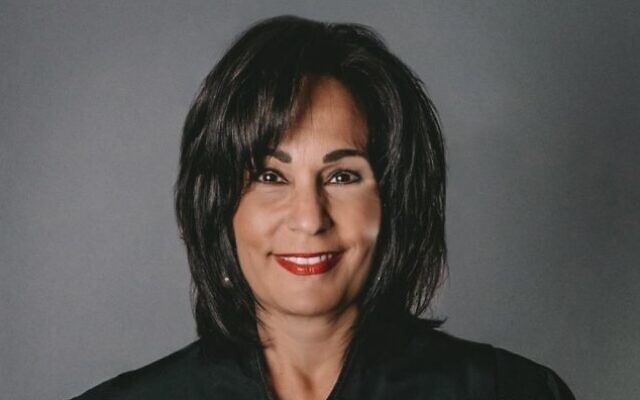 Judge Maria McLaughlin is running for the Supreme Court of Pennsylvania (Photo by R.D. Gallego)

The travel. That’s what Pennsylvania Superior Court Judge Maria McLaughlin remembers from her last bid for statewide office, almost more than anything else: the interminable drives.

In her last campaign, McLaughlin left straight from work on a Friday and didn’t return home to Philadelphia until Sunday night, driving for hours to every corner of the state. Lackawanna County, Luzerne County, wherever, if you had an audience for her speak to, she’d give them their hour.

Now, as McLaughlin prepares for another statewide campaign, this time for a seat on the Pennsylvania Supreme Court, she admitted that there’s at least a little bit of a silver lining to the travel and crowd restrictions. Such is the power of Zoom.

McLaughlin, 54, regrets that she won’t get to meet as many voters in person as in her previous campaigns, and sees the relationships she made during her in-person visits as integral to her upcoming effort. But it does make it a little easier for her to do her day job while she runs for office.

Democrat McLaughlin announced in December that she would seek the open seat on the Pennsylvania Supreme Court. The court is already weighted 5-2 with Democratic justices, and with Chief Justice Thomas Saylor, a Republican, set to retire at the end of the year, McLaughlin’s elevation would further enshrine a Democratic majority.

Ultimately, what spurred McLaughlin to run was a combination of good timing and a little gumption.

McLaughlin grew up in Philadelphia, and attended West Catholic High School. After graduating from Delaware Law School-Widener University, she spent nearly 20 years as an assistant district attorney in Philadelphia, rising to chief of the Child Support Enforcement Unit. She ran for office for the first time in 2011, winning a seat on the Philadelphia Court of Common Pleas, and served there until 2017. That year, McLaughlin was the leading vote-getter among all nine candidates for the Superior Court.

As McLaughlin prepares for her upcoming campaign, she said that her motivations for seeking higher office are the same as they were back in 2011, but to a greater degree: a sense of responsibility.

In early conversations with voters, McLaughlin has found that they’re asking the same questions of her that she’s always been asked, with the added aspect of COVID. During the pandemic, she assumed the role of liaison between the Pennsylvania Bar Association and the Superior Court, which has made her a go-to for those with questions about the practice of law in lockdown.

McLaughlin, who is married to former Philadelphia controller Jonathan Saidel and converted to Judaism in 2011, said that she draws on her Jewish identity in her work.

In 2017, she told the Chronicle that this was the case because Judaism “is based on laws. It’s the laws that govern our society, the laws that are the foundation of our national conscience. So that in and of itself makes Judaism have an impact on what I do on a daily basis.”

As her engagement with Judaism has deepened, she’s proud to sit down to Shabbat dinner each week and to feel love for Israel. At a time when Judaism has often been “a target,” McLaughlin said, she’s never hidden the fact of her faith, and has no plans to do so.

With the May 18 primary approaching, McLaughlin is amazed at the opportunity before her.

“The difference that I can make, the fact that I even had the opportunity to run in this kind of an election, let alone be a justice on our Supreme Court, it’s just amazing,” she said. “It’s not an opportunity that I ever thought I would have.” PJC

Jesse Bernstein is a writer for the Jewish Exponent, an affiliated publication.