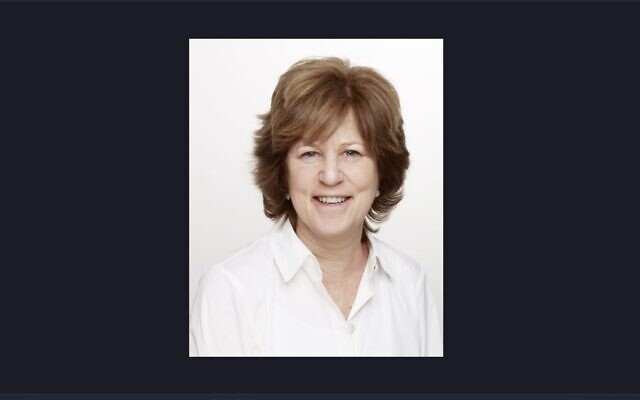 WASHINGTON (JTA) — Julie Platt is a one-time banker who has become a leader in promoting Jewish education and helping to rescue Jewish camping from the ravages of the pandemic. Now, she’s about to make history as the second woman to chair one of the largest Jewish fundraising powerhouses in the United States, the Jewish Federations of North America.

The JFNA on Tuesday said that Platt would assume the leadership of the umbrella body for Jewish federations, which in 2019 brought in $270 million.

The release noted that Platt has chaired the Los Angeles Jewish Federation and is currently the chairwoman of JFNA’s fundraising campaign and of its effort to enhance security protection at every federation.

She also chairs a foundation named for her and her husband, Hollywood producer Marc Platt, and has been involved in an array of Jewish educational initiatives. As chair of the Foundation for Jewish Camp, Platt, the release says, was “instrumental” in saving the Jewish camp movement during the pandemic, when an entire summer session was canceled abruptly.

Her son, Ben, starred in the “Pitch Perfect” film series and debuted the eponymous role of “Dear Evan Hansen.” (His brother, Jonah, one of five siblings, recently joined the board of 70 Faces Media, the Jewish Telegraphic Agency’s parent company.) Ben Platt has thanked the Jewish camping movement for nurturing him.

Julie Platt referred to her family in the JFNA release. “One of the greatest lessons I have taught my five children is to take responsibility for their community, and I promise to carry out this mission every day in my new role with the Jewish Federations,” she said.

Platt will formally succeed the current chairman, Mark Wilf, this summer. The only other woman to chair the body, Kathy Manning, is now a North Carolina congresswoman.