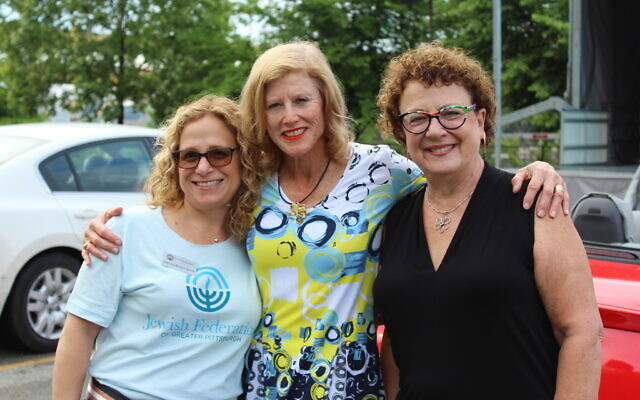 After 24 years as a staffer at the Jewish Federation of Greater Pittsburgh, Jessica Brown Smith has been promoted to the chief operating officer, putting her at the forefront of implementing the umbrella organization’s new strategic plan.

Smith’s new role, which she assumed in July and which was announced publicly on Aug. 27, presents an opportunity to work with the Federation’s many divisions, including its community relations council, Jewish life and learning, and marketing, she said.

Born and raised in Squirrel Hill, Smith began her Federation tenure more than two decades ago. After completing a degree in marketing at the University of Colorado Boulder, and living for a year in Israel, Smith returned to Pittsburgh with hopes of serving the Jewish community. She was hired as a marketing associate at the Federation in June 1997, and worked on various tasks, including preparing campaign materials, the annual report and invitations.

“We were a much smaller shop back then and we did a lot more stuff internally,” Smith said. “So, I kind of worked on everything.”

After several years with Federation’s marketing department, she shifted to development where she began overseeing the annual campaign and other fundraising efforts. She learned about donor engagement and community impact, which will be helpful in her new position, she said.

Serving as Federation’s COO “poses a really good opportunity and a challenge for me to work in another part of the organization and make a difference there,” she added.

Although the Federation has evolved since Smith started with the nonprofit, she said its work continues to be critical.

“When I first came to work at Federation, we were very much focused on raising money through the annual campaign and allocating money out into the community,” Smith said. “Over my tenure, we’ve become a much, much more diverse and sophisticated nonprofit. Of course, we still raise money for the annual campaign, and of course we still make allocations out into the community, but we’ve also taken on the role of community convener and collaborator.”

“The Federation has really become an organization that brings community together,” said Smith.

Federation president and CEO Jeffrey Finkelstein praised Smith’s abilities, saying they would aid the organization and community in the days ahead.

“Jessica’s long tenure and experience with the Jewish Federation and great record working with volunteers will be a tremendous asset as we move our new strategic plan forward,” Finkelstein said.

Smith, who enjoys hiking in Frick Park, biking on area trails and traveling to diverse Jewish communities, said she is looking forward to continuing to serve the Federation as its COO. Along with her two children — her son is a senior at The Ohio State University and her daughter is in 9th grade at Environmental Charter School — being a part of the Federation is one of “two things that are really my pride and joy.” PJC