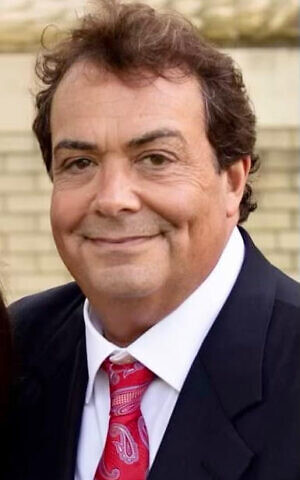 ROBINSON: Jeffrey Robinson, on Wednesday, May 19, 2021. Jeffrey is the beloved husband of Jackie Robinson; adoring father of Lilly Robinson; treasured and beloved son of Racelle Robinson Goldstein and the late Stephen Robinson and the beloved step-son of Dr. Morton L. Goldstein. He is the cherished brother of Michael S. (Lorri Ziegler) Robinson, Cathy (Jason) Auerbach, and Charles (Andrea) Goldstein. Jeffrey is also survived by nieces, nephews, cousins and friends. Jeffrey was an attorney with his own private practice, Robinson Law Group. He was a loving and devoted father and treasured his active involvement in his daughter’s extracurricular activities. He was an avid golfer, loved scuba diving, skiing, and traveling with his daughter and his friends. Graveside services and interment were held at Homewood Cemetery. Contributions in Jeffrey’s memory may be made to a charity of the donor’s choice. Arrangements entrusted to Ralph Schugar Chapel, Inc., family owned and operated. schugar.com PJC