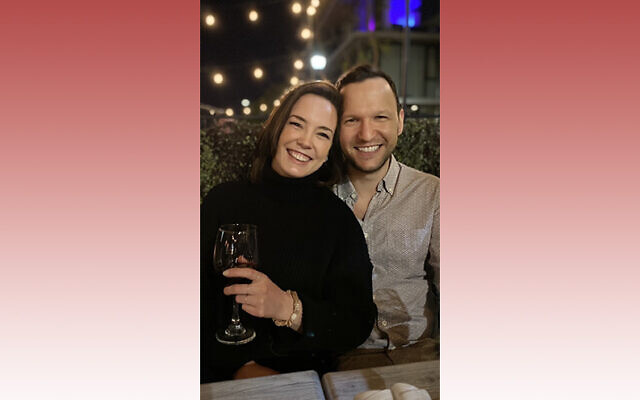 Florri Ladov of Squirrel Hill and Dr. Michael and Ellen Levitt of Nashville, Tennessee are overjoyed to announce the engagement of their children, Jamie Mendelson Kurke and Manuel Feld Levitt. Jamie is the daughter of the late Lance Kurke, step-daughter of the late Donald Ladov and granddaughter of the late Robert and Rhoda Mendelson, of Squirrel Hill and the late John and Eleanor Kurke, of Naples, Florida. Manny is the grandson of the late Dr. Meyer and Miriam Goldstein, of Louisville, Kentucky and the late Jack and Rosalind Levitt, of Orlando, Florida. Jamie received her BA from New York University and is currently pursuing her MA in Communication at Johns Hopkins University. Manny received both his BA and JD from The George Washington University and currently practices international trade law in Washington, D.C. Manny proposed to Jamie in May at their home in North Capitol Hill, where the couple lives with their Bernese Mountain Dog, Rocky. The wedding is planned for October 2023 in D.C.