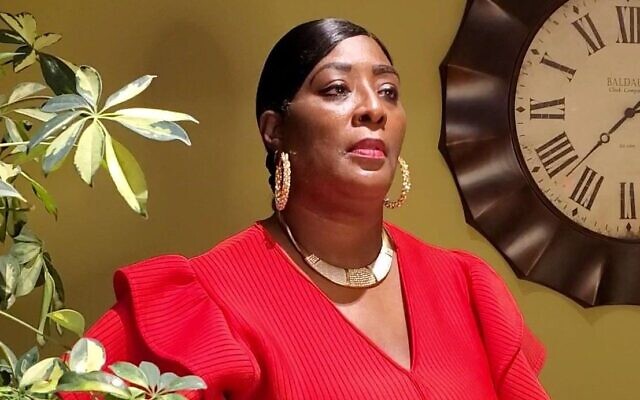 Sylvia Booker (Photo provided by the Jewish Association on Aging)

Sylvia Booker, a native Pittsburgher and resident care aid at the Jewish Association on Aging, will be singing along with Broadway star Mandy Gonzalez on June 24 at the JAA’s annual benefit.

Dubbed “Broadway Under the Stars,” the drive-in style event at Heinz Field Gold Parking No. 1, will feature Gonzalez — who has starred in “Hamilton,” “In the Heights” and “Wicked” —performing virtually on a giant screen.

Brooker, a longtime member of Potter’s House Ministries and the Pentecostal Temple Choir, and Gonzalez each recorded their portions of the song “For Good,” which will air during the live concert.

“I am honored to share the voice God gave me with this audience of JAA supporters,” said Booker, who will be attending the event with her family.

“Sylvia is an inspiration to all of us,” said Deborah Winn-Horvitz, JAA’s president and CEO.

“We asked her to sing the duet because we knew her voice would be a gift to Mandy, our event guests and our residents. She’s just that special.”

Tickets for the drive-in concert performance that benefits seniors served by JAA are available at bit.ly/AOATickets21. Gates open at 6 p.m. with the concert beginning at approximately 7 p.m. PJC