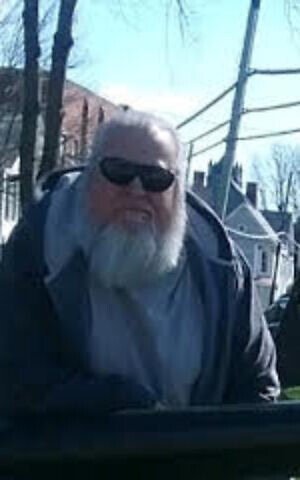 WOLKOWICZ: Howard Wolkowicz, 64, of Monongahela passed away May 9, 2021. He was born Sept. 29,1956, the son of Hermann and Lillian Weiss Wolkowicz. Howard was a 1974 graduate of Ringgold High School and attended the Culinary Institute of Pittsburgh. Howard was a devoted member of the former Congregation Ohav Shalom of Donora and former Temple Beth Am of Monessen. He attended most services and volunteered to be the Hagbah lifter of the Torah. He was a U.S. Army reserve veteran and a past president of the Arroas Haymakers Association of New Eagle. He was very devoted to his parents and sister. His father Hermann was a Holocaust survivor and a veteran of the U.S. Army Tenth Mountain Division. Howard was very proud that his father was awarded the Silver and Bronze Star Medals. Howard enjoyed going to army reunions with his father. As a young man, Howard was afflicted with diabetes and suffered many complications. He did volunteer work for sick people in the community. Howard’s survivors include his sister Marta Wolkowicz-Brant, girlfriend Alberta, friend William Carson and many other friends and relatives. In addition to his parents, he was preceded in death by his stepmother, Miriam Wolkowicz. Funeral services were held at the Frye Funeral Home Inc. of Monongahela conducted by Rabbi Lenny Sarko of Greensburg. Burial was in Ohav Shalom Cemetery, Carroll Township. Online condolences may be made to the family at fryefuneralhome.com. PJC