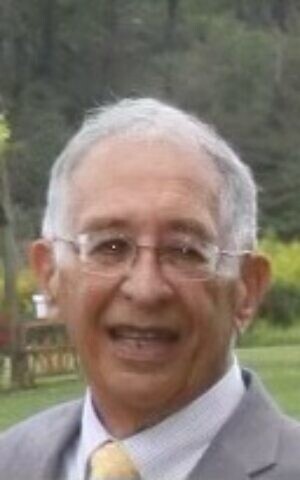 MAYER: Herbert “Buzz” Mayer, 88, of Irwin passed away peacefully on Sunday, Oct. 10, 2021, in Irwin, Pennsylvania. Buzz is survived by his wife, Evelyn; his children, Stuart Mayer (Carol); Jeffrey Mayer (Kimberly); Ellen Reinig (Michael) and Minton Mayer (Ruth). He is also survived by 12 grandchildren and two great-grandchildren. He was preceded in death by his twin sister, Audrey “Cissy” Cohen, formerly of Orlando, Florida. Buzz graduated from Taylor Allderdice High School in 1951 and married Evelyn in November 1958 at Tree of Life Synagogue in Pittsburgh. They moved to Irwin where they began their life together and he began his career. Buzz was an entrepreneur having owned many successful businesses throughout his career including a truck stop, a restaurant, a vending company and two motels. Buzz had the good fortune to have not spent a night in a hospital in over three decades due to the care and attention of Evelyn.
He was an avid fan of the Pittsburgh Steelers, Penguins and Pitt Panthers.
A graveside burial ceremony is scheduled for Thursday, Oct. 14, at 11 a.m. at Temple B’nai Israel Cemetery, Greensburg, Pennsylvania. In lieu of flowers contributions can be made to St. Jude Children’s Research Hospital by utilizing this link.
Entrusted with the arrangements is the Ott Funeral Home Inc 805 Pennsylvania Avenue Irwin. PJC