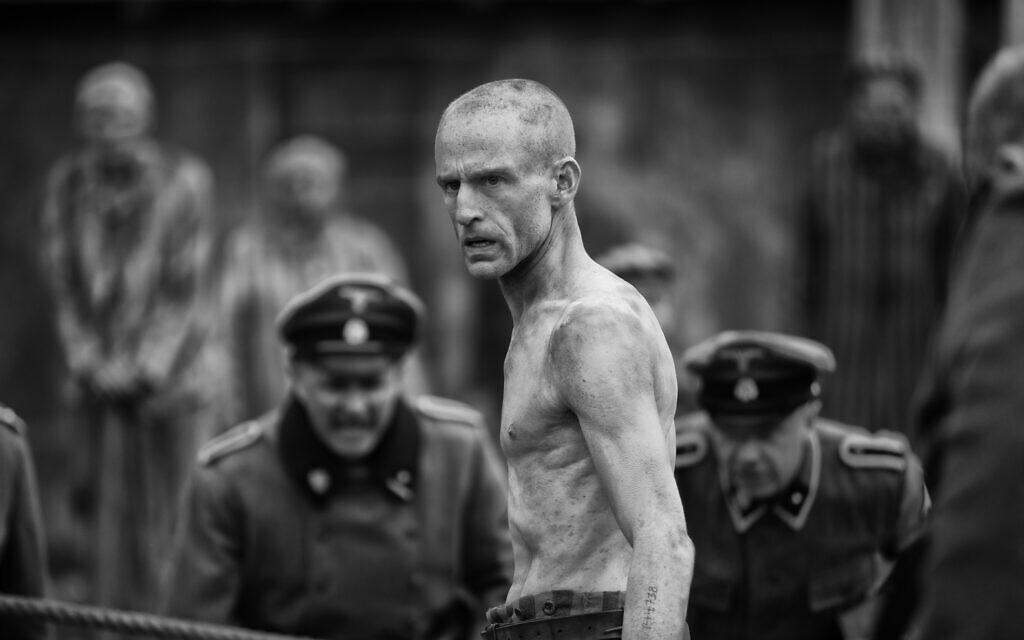 How powerful is a reason to live?

That is the question that animates Jewish director Barry Levinson’s new movie “The Survivor,” which came out on Yom HaShoah on HBO Max. The film depicts the true story of Auschwitz survivor Harry Haft, who became a boxer in the United States and lived to 82, dying in 2007. Haft, the movie makes clear, would not have lived to such an advanced age were it not for his reason: Leah, the girl he fell in love with as a boy in pre-war Poland.

When a Nazi officer discovers Haft’s strong right hook, he forces the prisoner to box and pummel other Jews just to help the officer win money; and Haft does it. When the officer calls for the killings of Haft’s opponents at the end of their matches, the boxer can only stand and watch; and he does. And when the Nazi makes his “dog,” as the prisoner later describes himself, suffer the indignity of drinking with him after a big win, Haft confronts his owner, but then he takes a sip.

The flashback scenes unfold throughout the movie, and you grow to understand why this man continues to wear a long, heavy expression even years after arriving in the United States.

Levinson shows the viewer that, internally, Haft, played by Ben Foster, is carrying around the burden of not just survival, but of the sacrifice that he forced on other Jews. But the director also shows that, externally, Haft is driven to find his reason in the form of Leah.

The main character continues to box in the United States, only professionally and to earn money for himself. Yet after several losses in a row, his career is on the ropes. So he responds the same way any rational, career-oriented boxer would respond: by asking his trainer to coordinate a fight with the undefeated heavyweight champ, Rocky Marciano.

Haft explains to his trainer that he only wants the fight to gain national media attention. He is hoping that Leah is out there somewhere and will see it. He feels it in his gut that she is.

But after Marciano pummels Haft like Haft once pummeled his fellow Jews, the survivor sits in his locker room and tells his brother Perez Haft, played by Saro Emirze, that he’s done fighting. Leah is not out there, he explains. He feels an “emptiness” inside himself.

At this moment, the heaviness on the boxer’s face overtakes his body. He stands up and sits back down. His reason to live no longer exists to him, and you can feel him struggling with such immensity.

Yet in spite of it all, Haft decides to try to live anyway.

Perez, also a survivor, implores him to try. “Why did you survive?” the brother asks. “If not to live?”

But it’s Miriam Wofsoniker, played by Vicky Krieps, who answers Perez’s question by becoming Harry’s new love interest. Until that point, Miriam was helping Harry try to find Leah through a local organization. Despite her budding connection with the survivor, she never attempted to interfere with his search.

Now, as Harry embraces her, she comes to represent vibrant and burgeoning love in the same way that Leah once did. It just depends on the survivor to see it, so he can start living.

The immigrant tries. He even moves on with his body, building a family with Miriam, opening a grocery store and preparing for their son Alan’s bar mitzvah.

But the expression on Haft’s face still does not change. He can’t stop living in the past. He even forces his son to punch a bag at the gym so Alan will become tough enough to survive, too.

Levinson shows Haft’s attempt at living slipping away. He’s sleeping on the couch; he’s making his son think he doesn’t like him; he’s thinking about using some new information on Leah’s potential whereabouts.

And then, the inevitable.

Haft takes his family on a trip to a random town in Georgia where Leah might be. His wife figures out what’s going on. She tells Haft she’ll be at the beach if he wants to come back.

The survivor goes to see Leah and finds his reason. Only his reason wasn’t actually to find her; it was just her.

The love they shared got them both through the Holocaust, they learn. At the same moment, they understand that a reason to live is as powerful as their love.

It exists in eternity.

Haft returns to the beach, sits down in a chair and stares out at the ocean. His expression finally changes into a smile. He tells Miriam a joke, and she laughs. PJC

Jarrad Saffren writes for the Jewish Exponent, an affiliated publication where this first appeared.