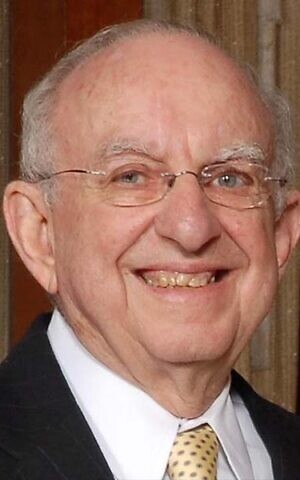 COFFEY: Harry Coffey, a devoted spouse, father, grandfather and avid tennis partner, passed away peacefully on Thursday, Dec. 9, 2021. A graduate of Taylor Allderdice High School, he spent a career over eight decades turning houses into homes by supplying the Pittsburgh area with high-quality furniture between family-owned Empire Furniture and later Quality Furniture. In between, Harry served in the United States Marines Corps at Camp Pendleton during the Korean Conflict. The family expresses its heartfelt appreciation for the kind and empathetic group of caregivers from Home Instead. They supplemented the devotion of his wife, Raye, during her lifetime, and then upon her passing, carried on her spirit with the same love and care upon Harry, in particular Dennis and Beatrice. Harry was recently preceded in death by his beloved wife of 65 years with whom he couldn’t live without, Raye, his parents, Herman and Jennie, and his brother Milton. He is survived by his children, Ivy, Mark (Mindy) and Hal (Erica); his four grandchildren, Oliver, Carlin, Zachary and Eli; and his two granddogs, Stella and Turbo. Services will be held at 11 a.m. on Sunday, Dec. 12 at Ralph Schugar Chapel Inc., 5509 Centre Ave., Shadyside. Visitation will be held one hour prior to service (10-11 am). Interment will be in Beth Shalom Cemetery. The family will be holding shiva online via Zoom at 6:30 pm on Sunday, December 12. Contributions may be made in his blessed memory to Rodef Shalom Congregation or the Jewish Association on Aging. schugar.com. PJC