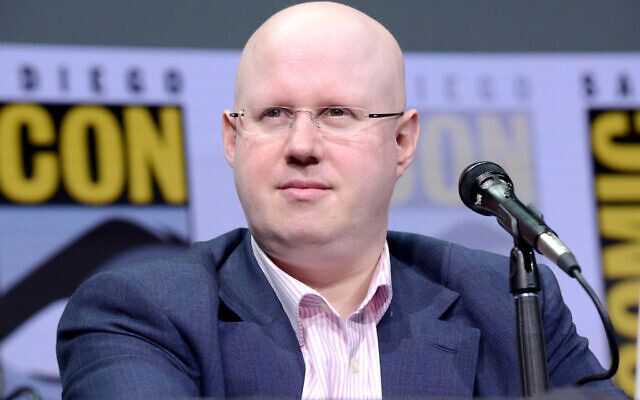 (JTA) – The Jewish comic actor and “Great British Bake Off” host Matt Lucas came across a very familiar name while researching his family’s history on BBC’s “Who Do You Think You Are?” — that of Otto Frank.

In an episode of the celebrity genealogy show that aired June 16, Lucas learned that Werner Goldschmidt, his grandmother’s first cousin, had rented a room from the Franks while they were still living in their Amsterdam apartment. Goldschmidt was still living with them when they went into hiding in 1942 and was mentioned in Anne Frank’s famous diary.

In a clip from the episode on YouTube, Lucas reads a diary entry Frank had written on July 8, 1942, which describes Goldschmidt as a recent divorcee who was hanging around in the house too long that night, despite the family’s polite hints for him to get on with his evening.

“I would have read this diary when I was younger and never realized that she was talking about a relative of mine,” said Lucas, who was only vaguely aware that some of his family members had died in concentration camps.

Lucas, who has also appeared in other shows like “Doctor Who” and movies like “Paddington,” was raised in a Reform synagogue in London, though his parents came from traditional Orthodox families. He expands on his Jewish identity in his memoir, “Little Me: My life from A-Z,” which has a chapter “J,” for Jewish.

Contestants on the wildly popular cooking show “The Great British Bake Off” have made occasional Jewish-inspired plates on the show, such as a charoset-and-matzah-topped pavlova in 2021. PJC