Jews have long had their differences, but most of those born in the Hill District in the late 1800s and early 1900s had at least one thing in common: they were brought into the world by a midwife known as Bubbe Hannah.
Having delivered thousands of babies for immigrant mothers, while never charging a fee for her services, Bubbe Hannah Sandusky will be honored by the Midwife Center for Birth and Women’s Health on Thursday, March 25, at 6:30 p.m.
The Midwife Center, located in the Strip District, is southwestern Pennsylvania’s only licensed and accredited freestanding birth center, offering well woman gynecological care, prenatal care and childbirth. Certified nurse midwives provide care at the center.
Having received a generous donation from a few descendants of Bubbe Hannah, the Midwife Center has renamed a fund in her honor. The Bubbe Hannah Fund will aid women who are “under-insured and at risk for poor health outcomes,” said Christine Haas, executive director of the Midwife Center.
Hannah Sandusky was born in Lithuania in 1837, according to her great-great granddaughter, Edith Brotman, a native Pittsburgher who now lives in Baltimore. She learned the art of midwifery from her mother prior to immigrating to Pittsburgh around 1870, working here until her death in 1913.
Bubbe Hannah delivered 3,571 registered births in Pittsburgh, not only for Jewish residents, but for African Americans as well, Brotman said.
It’s possible, though, that Bubbe Hannah’s births far exceed that number.
“She was a fabulous mid-wife,” Brotman said, “but a terrible record-keeper.”
Bubbe Hannah spent a year getting medical training in Germany while she was there with her son who needed surgeries on his eyes. She returned to the United States with formal certification as a midwife, making her one of only a few women in the country with that credential.
“It was a strong and prestigious diploma,” Brotman said. “There’s an interesting interplay between the traditional shtetl midwife and that diploma. It’s the movement from traditional medicine to modern medicine.”
Besides delivering babies, Bubbe Hannah was known for matchmaking, collecting linens for poor girls’ trousseaus, consoling mourners and sewing shrouds for the dead. Members of the Schugar family, of Ralph Schugar Funeral Chapel, are direct descendants of Bubbe Hannah.
“She was really an incredible woman,” Brotman said. “She created a good name, and a lot of good will by her acts.”
Bubbe Hannah had seven children of her own, and about 30 grandchildren, to whom she left a great legacy of community service, said Brotman, who spent a lot of time in her childhood gazing at the large portrait of her great-great grandmother which hung in her family’s dining room.
“We have always had a strong sense of giving to the community,” Brotman said, noting that her great-uncle Ben Raphael was instrumental in establishing the Young Men’s Hebrew Association, a pre-curser to the Jewish Community Center in Pittsburgh.
In celebration of the life of Bubbe Hannah, the Midwife Center will host a reception and screening of “The Business of Being Born,” a film by Ricki Lake about different trends in childbirth in the United States. One of Bubbe Hannah’s great-great-granddaughters, Cathy Raphael, will be present to speak about her life. 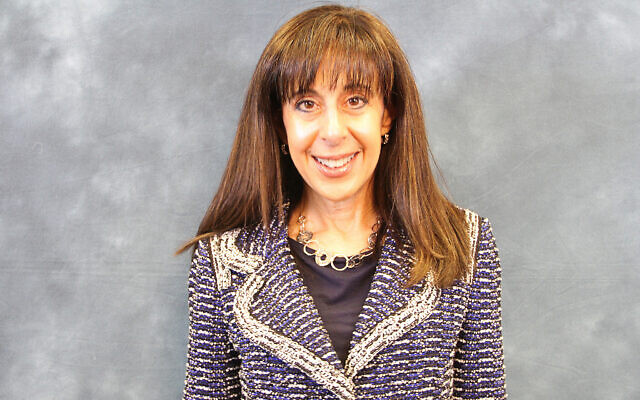 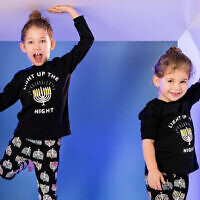 Chanukah‘Pajamukkahs’ for Chanukah, thanks to Pittsburgh designer
By Kayla Steinberg 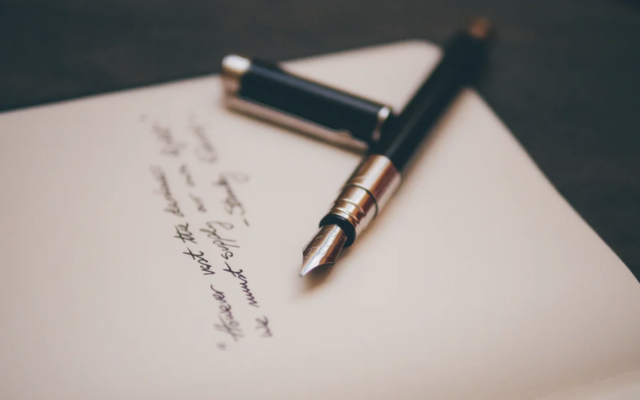 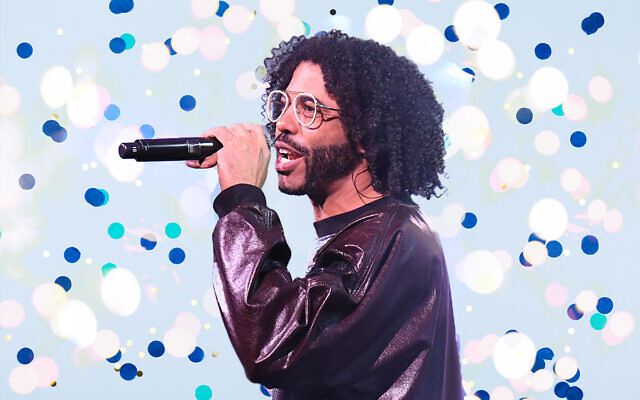 Chanukah
OMG, Daveed Diggs released a Chanukah song
By Emily Burack
“Puppy for Hanukkah” is the bop of the season. 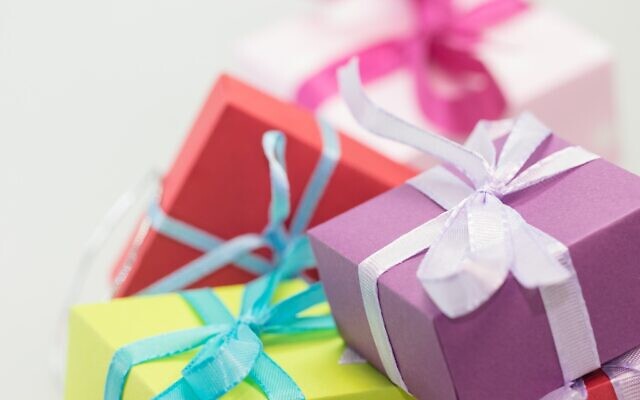 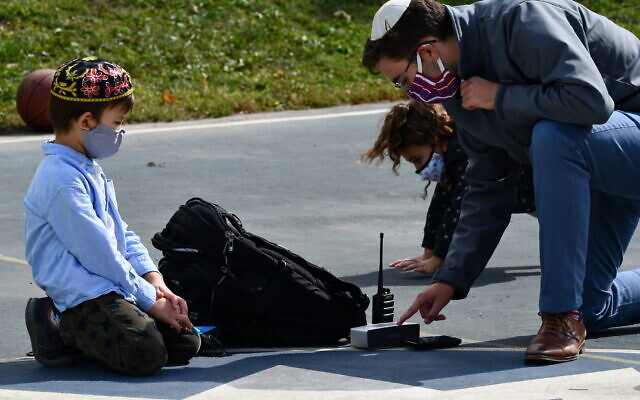 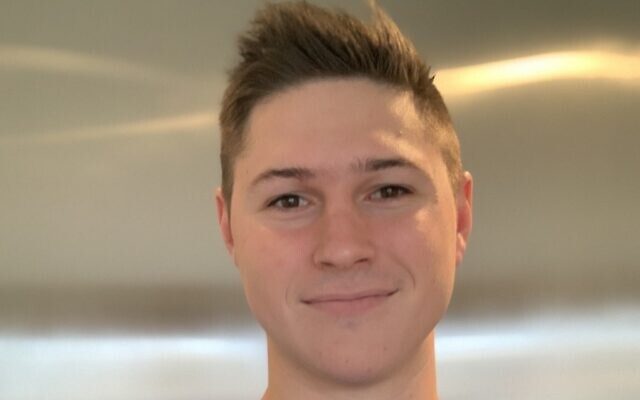 Transitions
A new face at the Federation’s CRC
By Justin Vellucci
Squirrel Hill native Dylan Groff has been named associate of the Community Relations Council. He comes with experience working for Sen. Bob Casey, and for AIPAC. 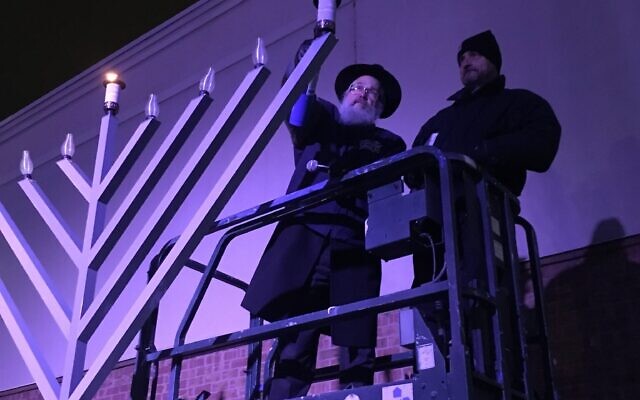 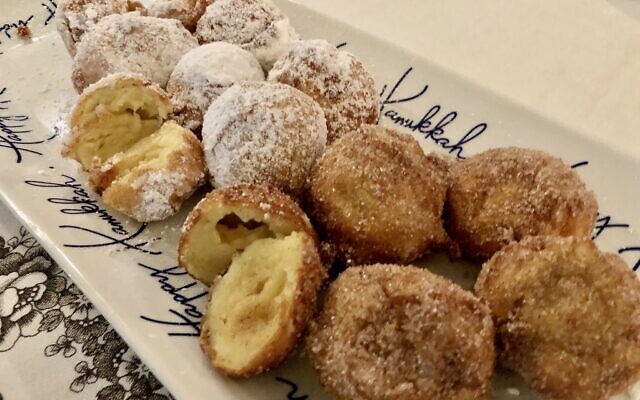 Food
Chanukah bimuelos, a Turkish twist on donuts
By Jessica Grann
A sweet and simple recipe for the holiday 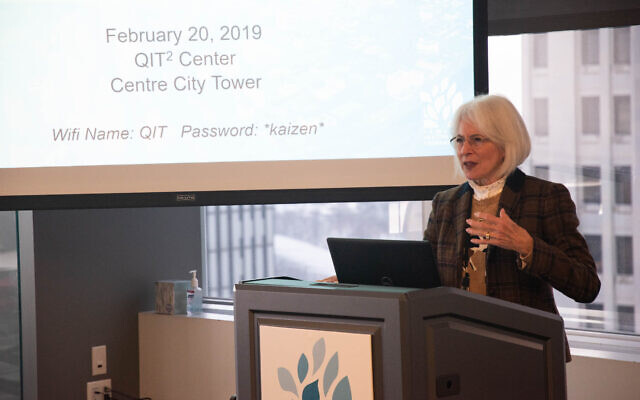 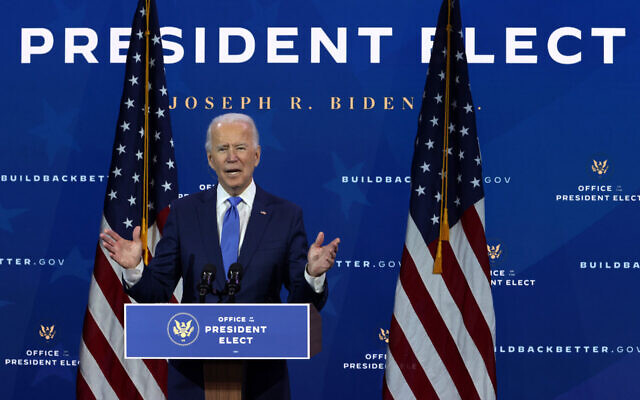 Iran deal
Biden plans to reenter Iran deal without new conditions, then negotiate
After reentering, said Biden, the U.S. will “engage in negotiations and follow-on agreements to tighten and lengthen Iran’s nuclear constraints.” 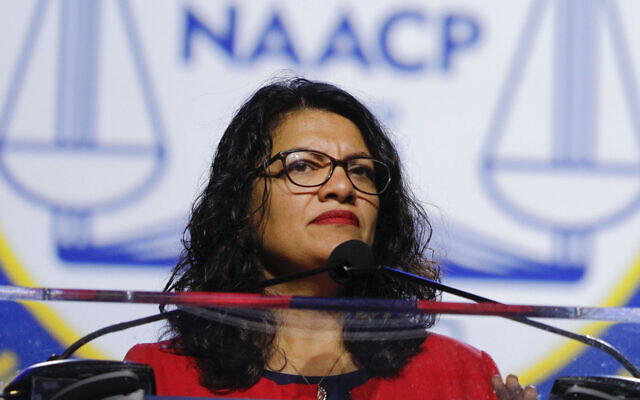 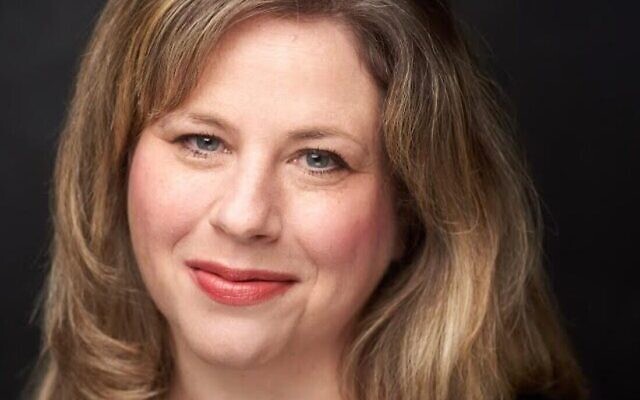 Opinion
Creating space for progressive voices
By Sara Stock Mayo
“It has to get political because we as American Jews must use our voices. We cannot just rage on social media or express concern on pulpits — we have to pray with our feet.” 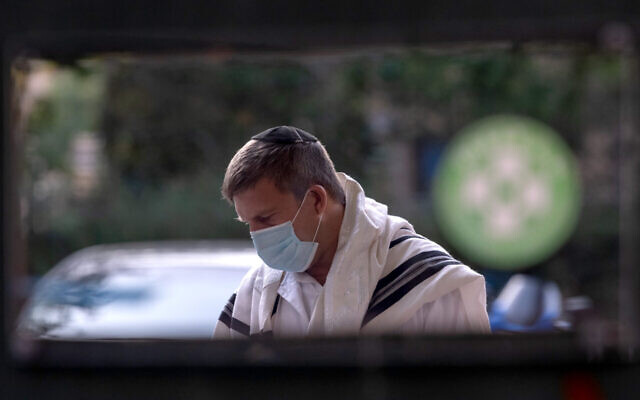 Opinion
Rabbi Yosie Levine
Repeal of synagogue restrictions won’t change things for shuls like mine
“By insisting on protocols that meet and exceed the expectations of public health officials, we can model responsible civic conduct.”

TorahBeing called upon to wrestle, as was Jacob
By Cantor Michal Gray-Schaffer 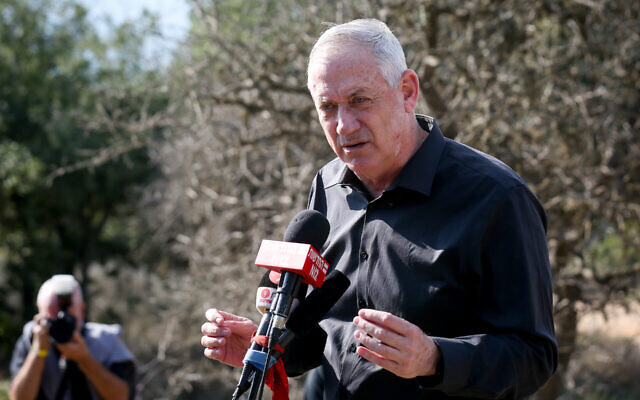 Israel
Israel looks headed for election as Gantz backs bill to dissolve parliament
The latest logjam involves a two-year national budget that both Benny Gantz and Benjamin Netanyahu said they would finance in their coalition agreement. 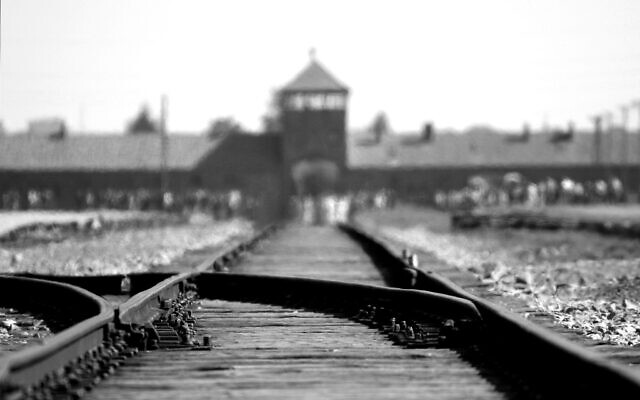 December 7 , 7:00 pm - 9:00 pm
Submit an Event
Pittsburgh Jewish Chroncle
Weekly Edition
Free to Your Inbox
The email is either missing or invalid.
By signing up, you agree to our terms You hereby accept The Times of Israel Terms of Use and Privacy Policy, and you agree to receive the latest news & offers from The Times of Israel and its partners or ad sponsors.
PJC DIGITAL EDITION 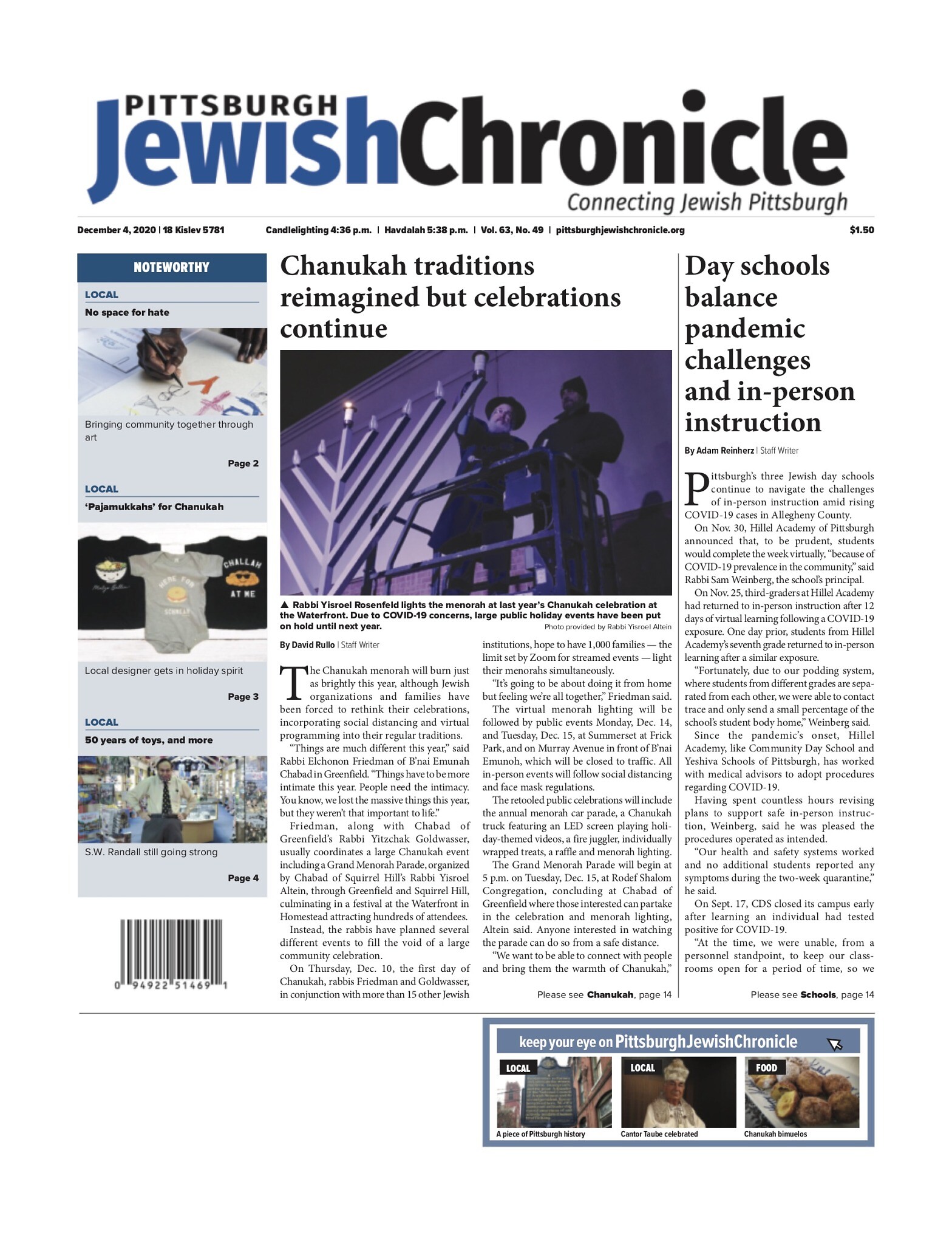