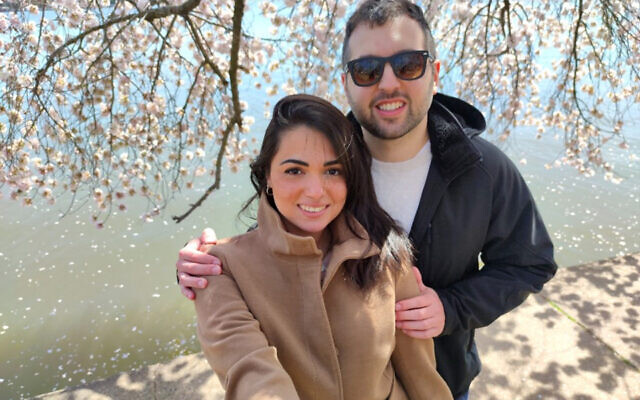 Dr. Alan and Fern Steckel are thrilled to announce the engagement of their son, Adam Glenn, to Lee Ohayon, daughter of Galit and Morris Ohayon of Haifa, Israel. Adam is the grandson of Marlene Josowitz and the late Jack Josowitz. He is also the grandson of the late Isadore and Miriam Steckel of Scranton, Pennsylvania. Lee is the granddaughter of the late Shimon and Leah Ohayon and Moshe and Esther Peretz of Israel. Adam graduated from the Pennsylvania State University Smeal College of Business and Carnegie Mellon University Heinz School of Public Policy. He is currently employed by McKinney Properties as a financial analyst. Lee graduated from the ORT Braude Academic College in Karmiel, Israel. She is a Ph.D. candidate at the University of Pittsburgh in the Swanson School of Bioengineering. A March 24, 2022, wedding is being planned in Haifa.