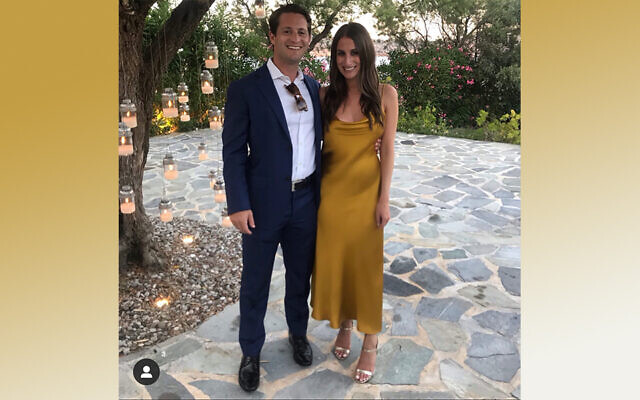 Ilene and Arnold Greenman of New York City are pleased to announce the engagement of their daughter Elizabeth Leigh Forman Greenman to Alexander Michael Pattis, son of Ellen Olshansky and Richard Pattis of Irvine, California, formerly of Squirrel Hill. Elizabeth’s grandparents are the late Murray and Anna Forman of Forest Hills, New York and the late Albert and Adele Greenman of Brooklyn, New York. Alexander’s grandparents are the late Lillian and Jack Olshansky of San Francisco, California and Muriel Pattis and the late Myrna and David Pattis of Chicago, Illinois. Elizabeth graduated from Syracuse University in New York and is working for GIII Apparel Calvin Klein. Alexander graduated from the University of Arizona in Arizona and is working for Riverside Ventures. An April wedding is planned in New York City.