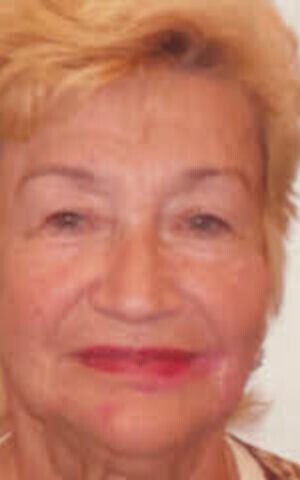 FELD: Elena Feld, on Friday July 2, surrounded by her extended family. She was loved and admired by many people whose life she touched. She was an optimistic and energetic woman who survived the Holocaust and found happiness in the USA, where she immigrated in 1979 with her two sons. She is survived by her two sons Bill Greenspan (Kathleen) of Pittsburgh and Dmitry Feld (Linda) of Lake Placid, New York. She left behind her six admiring grandchildren (Mark, Daniel, and Alan [Lilach] Greenspan, Dima Feld, Glenn [Tessa] Farley, and Maria [Angel] Navas), and 10 grand-grand-children (Cayden, Jenna, Yadel, Moishe, Malka, Barry Greenspan, Elizabeth and Gemma Farley, and Angel and Delilah Navas) scattered from Louisville, Kentucky to Israel. PJC