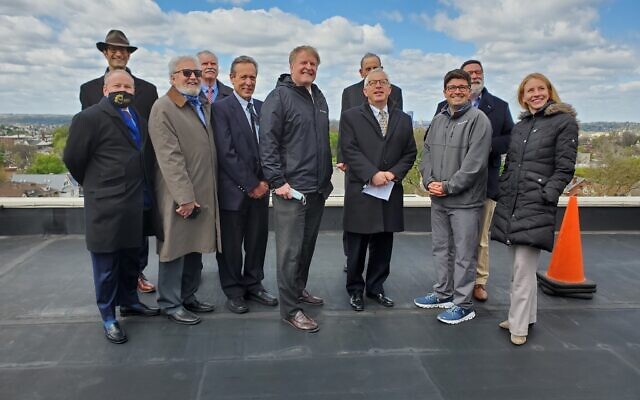 In 2017, after former President Donald Trump announced the United States would withdraw from the Paris climate accord, Pittsburgh Mayor William Peduto responded by stating the city nonetheless would “follow the guidelines of the Paris agreement for our people, our economy and future.”

Around that time, Beth Shalom needed to address a leaky roof over its early learning center, Rollman said.

He remembered sitting in a Beth Shalom board meeting and hearing about the congregation’s deficit, a $70,000 annual electricity bill and necessary building repairs. With those costs and Trump’s and Peduto’s remarks in mind, Rollman suggested repairing the roof and installing solar panels.

The board agreed and, with the aid of Beth Shalom staff, including Adelson, former executive director Rob Menes and interim executive director Ken Turkewitz, as well as congregation president Debby Firestone, Rollman reached out to Allegheny County Executive Rich Fitzgerald for help. Fitzgerald suggested they apply for a grant through the Community Infrastructure and Tourism Fund. 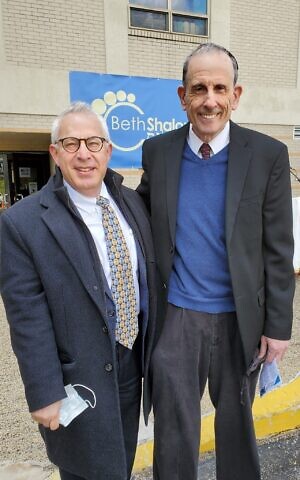 After raising $102,000 from congregants, Beth Shalom received $125,000 from the CITF grant. The congregation spent another $14,000 from its operating budget to cover the nearly $240,000 cost of the panels and installation, Rollman said.

With the project having come to fruition, Fitzgerald credited elected officials, including state Sen. Jay Costa, and praised Beth Shalom as exemplifying the collaboration needed to address climate change.

“It couldn’t happen alone just with government,” he said.

“It's projects like this that allow us to go to Harrisburg and make the case to be able to bring back resources to the CITF program,” he said.

“Thank you for giving us a tangible way of showing the rest of this region where the world is moving,” he said.

City Council member Erika Strassburger noted a connection between Beth Shalom’s installation of solar panels and Jewish teachings. Judaism often calls for a long view regarding policy making, she said. And just as a decision may impact and inspire the next 10 generations, so will the choice of environmental protection today create ripple effects for years to come.

“About 20-plus years ago there was a major fire in here, and the community came together, pulled through and sustained this building. … With this great project that we're doing now you're going to sustain it for years and years to come,” he said.

Rollman, who along with the elected officials ventured to the rooftop for a post-dedication photo, echoed Strassburger and O’Connor’s comments. He embraced the idea of Beth Shalom shining a light on environmental sustainability.

“We just hope that it helps the neighborhood flip solar,” he said. PJC