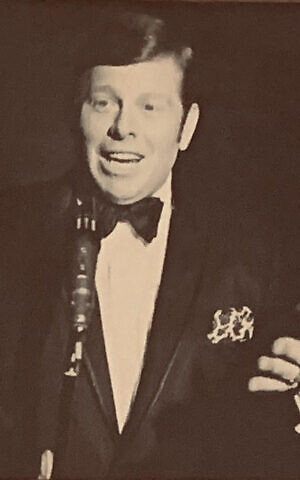 NEWMAN: Dr. Gerald “Jerry” Newman, 86, on Tuesday June 1, 2021, of Palm Beach Gardens, Florida, formerly of Swissvale, Swisshelm Park and Fox Chapel. He was the son of the late Sally and Bernard Newman. Beloved husband of 65 years of Marilyn Heller Newman. Father of Dr. Bernard D. (late Alison) Newman and Dr. Lee A. Newman. Brother of Linda Newman Aronson (Marshall). Grandfather of Sari Newman Rothenberg (Alon) and Harrison Arthur Newman. Great-grandfather of Alison Rose Rothenberg and Parker Eli Rothenberg. Dr. Newman was a graduate of Swissvale High School, the University of Pittsburgh and Logan Chiropractic College. He maintained chiropractic offices in Western Pennsylvania for over 40 years, mostly in Swissvale and later in Shadyside.
In addition to his chiropractic career, Dr. Jerry Newman was a well-known, local stand-up comedian during the 1960s and 1970s, frequently entertaining at the Holiday House in Monroeville and at other venues with a Don Rickles type of act. If you were in the audience and he knew you, you were in trouble. In addition to his regular nightclub act, he had a special ethnic routine for entertaining Jewish organizations. He maintained many professional memberships and used his show business notoriety to promote the chiropractic profession as it became mainstream during the 1970s. He always smoked his trademark cigar while on stage and believed that laughter is the best medicine.
Graveside services and interment private at Ahavath Achim Cemetery/Forest Hills.
Arrangements entrusted to Ralph Schugar Chapel, family owned and operated. schugar.com PJC