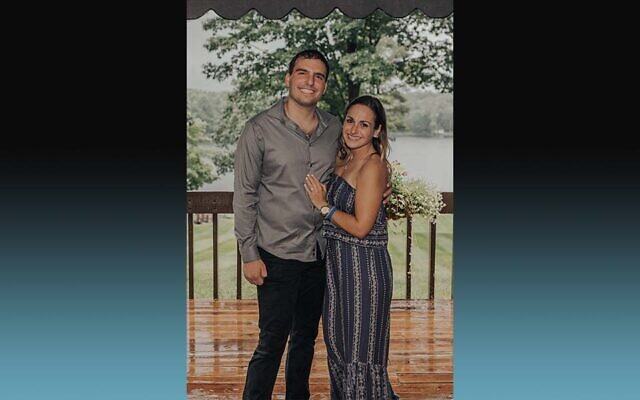 Larry and Adrienne Savitz are thrilled to announce the engagement of their daughter, Jessica Savitz to Derek Grossman, son of Barry and Caryn Grossman. They met on a dating app when Derek moved to Pittsburgh and have both been helping to grow Chabad Young Professionals over the past two years while dating. Jessica was born and raised in Squirrel Hill. She received a BFA in theatre performance from Ohio University. She currently teaches and directs with Gemini Children’s Theatre and Civic Light Opera (CLO). Derek is from Long Island, has a bachelor’s degree in animal sciences from Ohio State and a master’s degree in zoo management from Colorado State. He has worked in fundraising for the Pittsburgh Zoo and recently oversaw Women’s Philanthropy for the Jewish Federation of Greater Pittsburgh. He just began a role in major gifts fundraising for the Wildlife Conservation Society, which oversees the New York City zoos and aquarium. They will be getting married at Beth Shalom in Pittsburgh over Memorial Day Weekend of 2023. Here is a picture of the two of them right after the proposal at Woodloch Pines Resort.