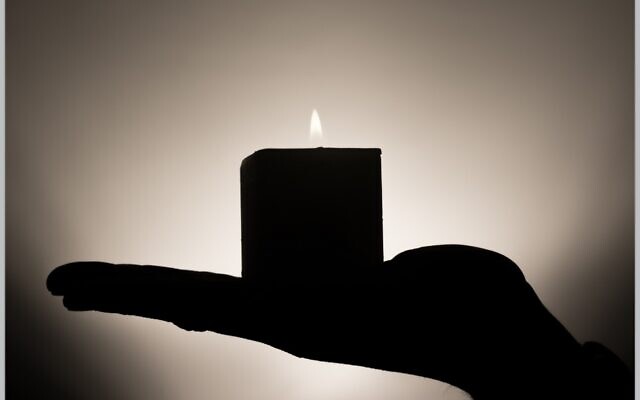 Rabbi Danny Schiff might be creating a new genre of writing.

Call it contemporary nonfiction or hyper-present prose. Whatever the tag, Schiff’s new e-book, “Who By Pandemic?: One Rabbi’s Thoughts During a Year That Shook Humanity,” explores the last year — month by month — through the rabbi’s eyes.

The book is a collection of 14 essays written by Schiff, Foundation scholar at the Jewish Federation of Greater Pittsburgh. Each essay is titled by date, allowing the reader to follow the rabbi’s thoughts as they progressed throughout the year.

“It seemed to me,” Schiff said, “that we had been through a collective human experience and at the same time a singular Jewish experience that provoked me to write a number of different pieces during the year.” He thought it might be helpful and offer opportunities for reflection is all the pieces were collected in one place.

The book begins with an essay written on March 13, 2020, one day after Gov. Tom Wolf implemented social distancing measures in much of the state, and the same day Pennsylvania schools closed for an anticipated two-week pause. The essay captures the anxiety many felt for the first time as the pandemic forced the closing of synagogues, neighborhood stores, parks, Jewish Community Centers and other institutions, as well as the hope that the temporary shutdown would stop the disease in its tracks, saving millions from illness and death.

Several essays were written in April 2020 as the rabbi contemplated Passover in lockdown and wrestled with the challenges of finding God during a pandemic.

Many of the questions raised in the book have ethical implications beyond the context of a pandemic: Am I brother’s keeper? Does 10% of a person’s income fulfill the mitzvah of tzedakah? What if I cannot fix all the world’s problems?

Taken together, these essays — some first published in the Pittsburgh Jewish Chronicle and on Facebook — show an arc in the rabbi’s writing, with Schiff confronting fear, confusion, anger, loss and ultimately hope.

“When I wrote the pieces, I wasn’t thinking about it in terms of a whole,” he told the Chronicle. “I was just focusing on the mood and the spiritual need of that particular day or week. Looking back at it now, it seems pretty clear that it starts with this shock, a presumption that it’ll be over soon, and then continues into this numbing sense of helplessness, because we know that there is a great deal of suffering and pain and loss, and then it moves into this ‘when will it end?’”

Schiff believes his book allows for a broader perspective on the last year.

“It allows people to emerge from an experience like we’ve just had and to immediately begin to put it into a larger context, rather than having to wait three years [through traditional publishing channels] by which time their own emotions or feelings have long since been forgotten,” he said.

The final essay, “February 25, 2021,” written a few days before Purim, contemplates a year — Purim to Purim — in the shadow of the virus.

The book opens by inviting its readers on a journey of memory and ends by contemplating the future. Or, as Schiff writes, “Let this then be our prayer for Purim: May it speedily usher in days of light and happiness, joy and honor. For us — and for the whole world.”

“Who By Pandemic?” is available to purchase on Amazon.com. PJC