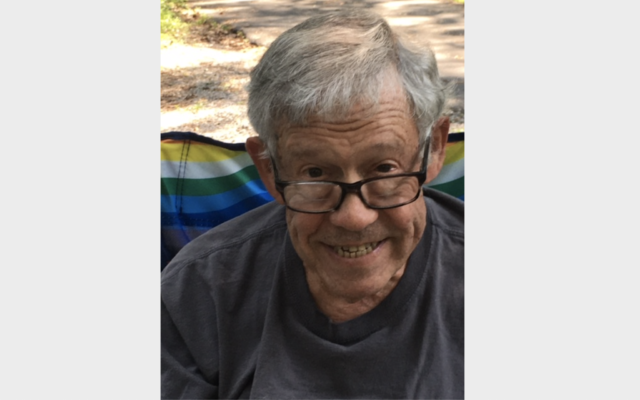 “I hold him in the greatest regard,” Baer added. “I think I’m good at what I do, and Gene is part of the reason for that.”

Eugene “Gene” B. Strassburger III, a third-generation Pittsburgh lawyer and beloved judge whose work both on and off the bench supported women and the marginalized, passed away May 17 at his home in Oakland, surrounded by family. He was 77.

Strassburger was born Nov. 28, 1943, to Jane and Eugene Strassburger, Jr. — and to a family whose law firm, Strassburger McKenna Gutnick & Gefsky, dates back to the turn of the 20th century in downtown Pittsburgh. He grew up in Squirrel Hill, graduated from Linden Elementary School and Shady Side Academy, and attended Yale University and Harvard Law School.

Strassburger met Dr. Phyllis Kitzerow, his wife of 43 years, at a party that neither had wanted to attend, Kitzerow recalled. They were parents to three children — David, Ellen and Zach — two of whom followed their family’s path into law. Grandchildren followed.

Strassburger was a very protective husband and father, Kitzerow told the Chronicle.

“He always wanted to solve the problems that anyone might face,” she said. “He would worry about us and, when something went wrong, he’d always be calmer than me. He was wonderful at dealing with a crisis. I will miss that a lot.”

The family has been affiliated for many years with Rodef Shalom Congregation, whose focus on social justice also informed Strassburger’s work, friends said.

Strassburger was recently hospitalized but opted to have hospice care at home because he wanted to see his family, who could not visit him in the hospital due to COVID-19 restrictions. A day before he died, Strassburger met his 10-day-old grandson, Elior, for the first time.

His brother, attorney E.J. Strassburger, described him as “intense, no matter where he was. And he was very competitive — he was involved in many, many fantasy [sports] leagues, some of which he was commissioner. He did research and used to come with notebooks about who he was going to draft. He was very into sports.”

Strassburger golfed regularly, and he and his brother regularly attended Pittsburgh Steelers home games from the early 1970s until about six or seven years ago.

While Strassburger “was always a good person,” his brother said, “he had an edge to him — he was intellectual, he was an academic.”

He also was very accomplished in the judiciary. Beginning in 1978, Strassburger served on the Allegheny County Court of Common Pleas in the Family Court and the Civil Court, including as administrative judge and calendar control judge. He clerked for Pennsylvania Supreme Court Justice Henry O’Brien and ended his legal career only recently after 10 years on the state’s Superior Court.

“Judge Strassburger — he was so bright and so appropriate, careful, really good, solid work all the time,” said retired state Superior Court Judge Maureen Lally-Green. “When I think of him, I think of some of the finest people I know in the law practice. He knew what the right thing was to do and he did it the first time.”

Lally-Green and Strassburger fielded complaints decades ago about how some legal professionals were treating their female colleagues and were founding members of the bar association’s Women In Law committee, which grew through the years.

“He always worked to address the situation, to correct the situation and to advocate about it so it became a teachable moment,” Lally-Green said.

Judge Stanton Wettick, who served alongside Strassburger on the Allegheny County Court of Common Pleas, said Strassburger often reviewed Wettick’s draft opinions before they were finalized.

“I had better opinions because of Judge Strassburger,” Wettick said. “He was a straight shooter and the lawyers recognized him as a straight shooter. The things he did were within the bounds of what a good, neutral jurist would do. And he treated those who came before him with fairness.”

At 29, when still in private practice, Strassburger became one of the youngest attorneys to argue a case in front of the U.S. Supreme Court. He argued — and won — Pittsburgh Press v. Pittsburgh Commission on Human Relations, a decision holding that gender-segregated want ads discriminate on the basis of sex. He also taught courses at the University of Pittsburgh Law School and Duquesne Law School, and represented the city of Pittsburgh in important zoning and milk pricing cases.

Both inside and outside the court, Strassburger was an unabashed feminist at a time when some of his peers hadn’t yet come to the same conclusions, and he found a terrific partner in Kitzerow, a sociologist who also describes herself as a feminist.

“It’s been something that we shared and was important to us,” Kitzerow said. “He championed the underdog and was dedicated to family law. That was very important to him.

“He was fond of correcting men who used the term ‘girls,’” she added. “He ruffled some feathers for that.”

Strassburger also worked to protect women in abusive or difficult family relationships. While administrative judge of the Family Division in the Court of Common Pleas in 1990, he developed the first specially designated space in court for Protection from Abuse, or PFA, plaintiffs. In 1993, he went a step further, creating a PFA coordinator position in family court, the first such attorney position in the state. These actions eventually led to the creation of a PFA unit, which has been identified as a “model program” by the state Supreme Court’s Interbranch Commission for Gender, Racial and Ethnic Fairness.

His judicial opinions also reflected these stances. In 1991, Strassburger wrote one of the first judicial opinions in Pennsylvania applying a law that domestic violence must be considered in custody decisions.

When Strassburger wasn’t on the bench, he served on the boards of Persad Center and the Women’s Center and Shelter of Greater Pittsburgh.

“He was a tireless member of our board for 12 years and we were honored to have the benefit of his knowledge, compassion, wisdom and guidance at our domestic violence organization,” said Lorraine M. Bittner, chief legal officer for the Women’s Center and Shelter.

Attorney Carol McCarthy often appeared before Strassburger in family court in the Court of Common Pleas in Pittsburgh.

“He became the star of family court,” McCarthy said. “He was smart, he was thorough and he ran his court with the highest dignity — and was funny, too.”

McCarthy called Strassburger and Kitzerow “the world’s good people. There’s no other way to describe them.”

Mary McKinney Flaherty, who became an attorney in 2005 and moved back to her native Pittsburgh about 10 years ago from Washington, D.C., never appeared before Strassburger. But she still feels close to him; McKinney Flaherty chairs the Women in the Law Division Council that grew out of the committee he helped form.

“He really advocated for and wanted a system for people reporting a bias,” McKinney Flaherty told the Chronicle. “What he did was create a space and a system so women could be believed.”

“By the time I started, things had changed and they had changed for the better and that’s because of Judge Strassburger and people like him,” McKinney Flaherty said. “He advocated through the Bar Association for people who were marginalized, when it wasn’t popular.”

Chief Justice Baer and Judge Lally-Green both stressed that Strassburger had a big heart. Once, the husband of one of Strassburger’s young law clerks passed away in his 30s — and the clerk died shortly after, leaving two orphans to be raised by their grandparents, Baer recalled. Strassburger not only called the family regularly and spoke with the children; he sent them gifts for their birthdays and during holidays.

“He took care of them for 20 years,” Baer said. “I know nobody else who would do that. He was an outstanding guy.”

“He’ll live a long, long time,” Lally-Green said, “in the memories of countless people in countless walks of life.” PJC