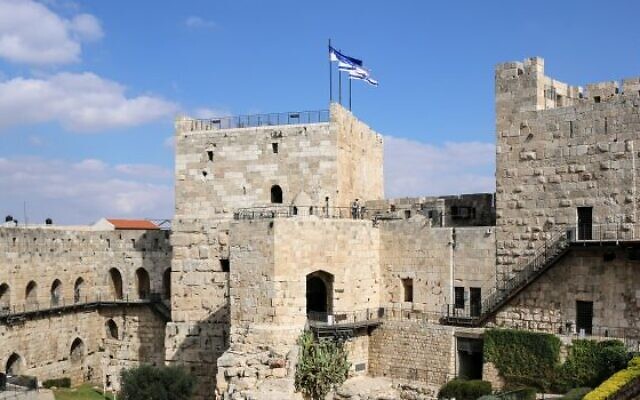 Tower of David Museum Photo courtesy of tod.org.il via JNS

Museums are in crisis all over the world due to the COVID-19 pandemic. With the loss of visitor revenue, many smaller museums are being forced to close, and larger ones are postponing reopenings because restrictions on the numbers of visitors make it economically unfeasible. In Jerusalem, the majority of museums are still closed, although the Tower of David Museum — one of Israel’s leading cultural institutions — has just now reopened its doors after being closed for three months in the height of the coronavirus pandemic.

Nestled in the magnificent citadel at the entrance to the Old City, the museum has always appealed to tourists. Currently, it is featuring a new exhibition, running until April 2021, called “Banai: A Musical Journey From Persia to Jerusalem.”

Eilat Lieber, director of the Tower of David Museum, says this exhibit was two years in the planning, and that it focuses for the first time on modern-day Israel — on the well-known Banai family and their influence on the musical makeup of a complicated, rich and ancient city.

Lieber notes that “the melodies of Jerusalem are holy as well as secular, ancient as well as trend-setting, and in this exhibition, they accompany the journey of the Banai family through more than a century of tradition, history and development. Their family name means ‘builder,’ and we see how they built the heart of Israeli culture.”

For those unfamiliar with the name Banai, this talented multigenerational family is as synonymous with Israeli culture as the Kennedy dynasty is to American politics.

The reopening of the museum was not easy. “We are opening our doors, but with only a little over 10% of our staff,” acknowledges Lieber. “We’ve had to make some very hard decisions and an immediate switch in our thinking.”

Included among these changes were revised visiting hours to better accommodate a local population and increasing the number of outdoor activities to encourage social distancing. However, staff at the Tower of David Museum also had to rethink how it can continue to engage visitors from abroad who are unable to travel. Accordingly, the museum is offering Zoom conversations with the curator of the exhibition, while other experts will focus on Israeli culture and music.

‘This Is Our Song’
The Banai family is seen as a phenomenon in Israel. 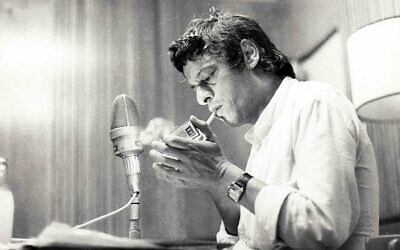 The saga goes back to 1881, when Rachamim Bana came to the Holy Land from Shiraz, Persia, and settled outside the walls of the Old City. His son, Eliyahu Yaakov Bana, his grandchildren and then his great-grandchildren created a legacy of talent that accompanied the growth of the city and the country. Every Israeli has its own Banai — sometimes, even more than one. Their very names — Ya’acov, Yossi, Chaim, Gavri, Yuval, Orna, Meir, Ehud, Eviatar, Uri — evoke every period of Jerusalem’s modern history, ever since the city developed from a backwater of the Ottoman Empire into the capital of the State of Israel.

“The soundtrack of my childhood was the radio comedy skits of the HaGashash HaHiver trio with Gavriel Banai, and the routines of Yossi Banai and Rivka Michaeli interspersed between Hebrew songs and classical music,” said Tal Kobo, curator of the exhibition. These skits, first composed in the early 1960s, became the iconic components of popular Israeli culture. The idioms and expressions they created have long been integrated into modern spoken Hebrew.

In the 1980s and early ’90s, the rock group Mashina took center stage. Founded by Yuval Banai, the group symbolized everything that was atypical, rebellious and exciting at the time, with a pinch of international flavor. In the same era, his cousin, Ehud Banai, offered another facet of Israeli identity, crystallized in the album “Ehud Banai and the Refugees.”

And all the while, the radio continued to play Israeli classics: Yossi Banai singing the French chansons of Jacques Brel and Georges Brassens.

By the late 1990s, it was Orna Banai who had the entire country laughing with her character “Limor” in the satirical television show “Only in Israel.” The late Meir Banai developed his own soulful musical style then, while Eviatar Banai can now often be heard at any nearby Zappa Music Club. When Yossi Banai wrote, “I’m making a bridge out of memories,” he was referring to his own. But the Banai family’s creative efforts form a bridge to the collective memory of Israeli culture. 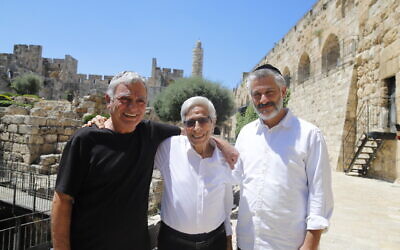 Their personal family story mirrors the development of Jerusalem and Israel, and the exhibit shows the coalescing of the community and Hebrew culture in the land of Israel. It is the story of one family’s cultural and physical journey — how they settled outside the Old City of Jerusalem, later moving to huts on the land that is today “Yemin Moshe,” out into the new area of Nachlaot adjacent to the Machane Yehuda open-air market, and then out further afield. And throughout this time, their artistic contributions in theater, song and satire reflect each pivotal point in Israel’s history.

“People think of me as a prince in Israel, but my grandfather sold vegetables in the Machane Yehuda market,” singer Yuval Banai remarked in an February 2019 interview with Sagi Ben-Nun in Walla!

Actor Uri Banai remains quite conscious of the singularity of the Banai success story across the generations. “It is interesting how a traditional family like this — where the father is a vegetable seller, the mother a housewife with seven kids — a hardscrabble religious family, helped found the Machane Yehuda market and became the topic of some of Israel’s best trivia questions. Every crossword puzzle includes at least one of us,” he said to Adi Greenberger in a Sept. 19 article on Ynet.

“This Is Our Song,” a line from a popular song by Ehud Banai, is also the Hebrew name of the exhibition,” said Kobo. “It serves as a metaphor of how the historical story of the Banai family and the Banai opus became a common soundtrack of Israeli culture.” PJC