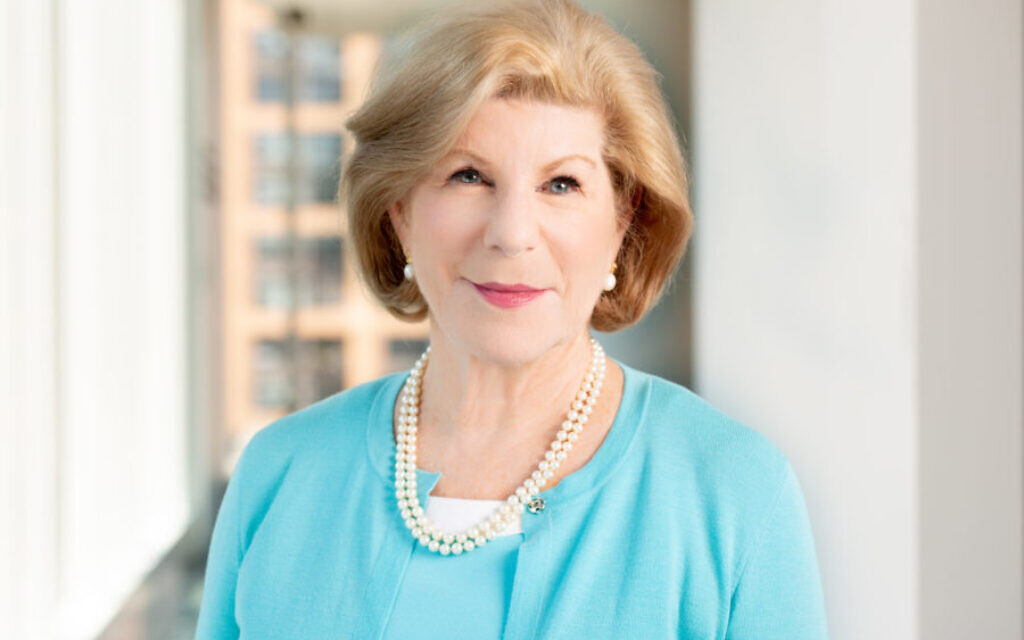 Nina Totenberg at NPR headquarters in Washington, D.C., May 21, 2019 Photo by Allison Shelley

If kindness and thoughtfulness are true measures of our lives, then Nina Totenberg, the iconic legal affairs correspondent for NPR, long ago would have earned the title “St. Nina.”

One scene from this memoir illustrating the depth of her compassion — and which will be part of my memory bank for a long time — dealt with one of her good friends on the Supreme Court, Justice William J. Brennan. After a stroke in 1990, Brennan retired. In 1996 he fell, broke his hip, an injury from which he never recovered, and was put in a nursing home.

When she visited him there, sometimes he was “mentally sharp and wanted to be told all the court gossip that I could offer,” she writes.
During other visits, he seemed to be “just an old man sitting in bed. I would scoot my chair close, hold his hand, and sing ‘When Irish Eyes Are Smiling’ and every other Irish song I knew.” 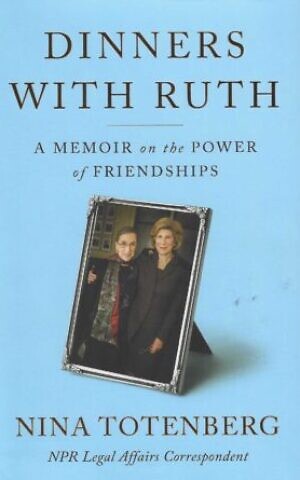 Book cover
But it is the relationship between Totenberg and Justice Ruth Bader Ginsburg that is at the heart of this memoir. The two had their first contact long before RBG was on the Supreme Court. Totenberg called her at Rutgers where she was teaching to ask about a case, Reed v. Reed. Attorneys in the case argued that the Fourteenth Amendment’s “equal protection” clause, written to protect Black people, applied to women as well. She was mystified by that logic, until Ginsburg noted that amendment was meant to protect people and women are people.

They finally met in person at a law conference in New York. It was so boring that they went shopping together. “And what I realized was that even though she was very accomplished, while I was younger and still had a lot to learn, we were similar in a very significant way. We were outsiders to the world in which we operated. We both had our noses pressed up against the windowpane, looking inside and saying, ‘Hey, men in there, let me in.’” They also were both Jewish and children of immigrants, although Totenberg doesn’t discuss how Ginsburg related to her Jewish heritage.

With RBG, the caring was symbiotic, for Totenberg faced many crises in her life — she almost lost her vision from retinal detachment; her first husband fell in the ice of a winter storm and eventually died from complications from the fall; and her face and arm were badly cut by a boat’s propeller while snorkeling on her honeymoon with her second husband. During her times of need, her friend was there for her — as were her friends and colleagues at NPR, Cokie Roberts and Linda Wertheimer.

But the care that Totenberg and her second husband David showed for the justice during the last year of her life was extraordinary.

They invited her for dinner often and had to prepare special foods for her due to her illness and her need for a special diet. She couldn’t eat meat or fats or sugar. So many of the meals were fish and seafood. “To protect her, we would scrub every surface in the kitchen, bathroom and dining room with antiviral liquids, and we put all the leaves in the dining room table so she … could sit at one end and we could sit at the other.”

So, as a human being, Totenberg deserves all the accolades we can muster. But there are issues for her as a journalist. Reporters on a beat, like the Supreme Court, face a dilemma. They need to learn as much as possible about the “players,” in this case, the justices, to satiate their readers’ — in Totenberg’s case, listeners’ — desire to get a glimpse into the thinking of the people and the secret workings of the institution. To accomplish that, they need to establish relationships with those people. But if they get too close, their reporting may be compromised.

Totenberg alludes to this problem several times in the book, such as when she regretted having written an article advocating Ginsburg’s appointment to the Supreme Court. Another time she was going to interview RBG publicly, and the justice asked her not to ask her a certain question. As a journalist, I must, Totenberg told her.

In general, Totenberg says they tried to avoid speaking about court matters when in each other’s company. But both women were extremely interested in the law and the court, and it’s hard for me to imagine that occasionally their conversations didn’t stray onto a case to be considered by the court or about relationships among the justices. And when that happened, there must have been a clash between Totenberg the reporter and Totenberg the friend as to what she could reveal. (If she were to answer my critique by saying that it’s more important to be a good human being than a good journalist, I would agree. But, of course, that doesn’t resolve the basic conflict.)

“Dinners with Ruth” is an extraordinary book, well-written and laced with finely drawn portraits of public officials mixed with insights into some of the most important events of our lifetimes and tales of love and tragedy.

It is highly recommended. PJC

Aaron Leibel’s memoir is “Figs and Alligators: An American Immigrants’s Life in Israel in the 1970s and 1980s” (Chickadee Prince Books). This first appeared in the Washington Jewish Week, an affiliated publication.