(JTA) — Four Jewish candidates are among those vying for 35 open Senate seats this year — and two of them are seen as contenders to convert Republican-held seats to Democratic.

All of the Jewish Senate candidates are Democrats or supported by the Democratic Party. (Ten of the 43 Jews in the running for House of Representatives slots are Republicans.) They include a doctor who has killed a bear, a scientist who makes a mean matzoh ball soup, a son of a former vice presidential candidate and a star of the anti-Trump resistance on the campaign trail.

Here’s what you need to know about their backgrounds, big issues, backers and chances of winning in November. 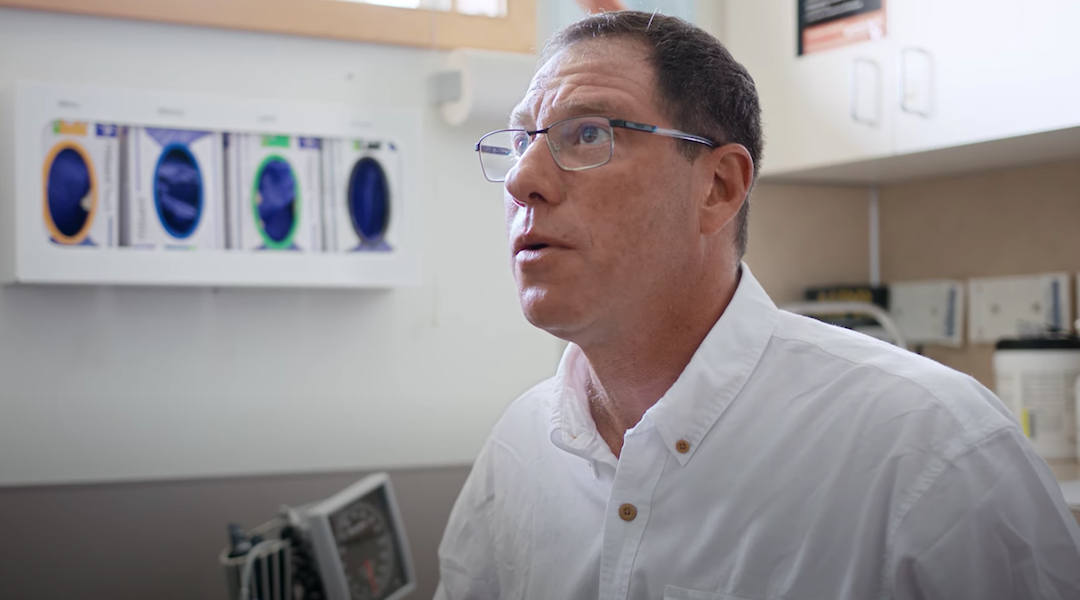 Al Gross, as seen in a campaign video, which also shows him on a fishing boat and in camouflaged hunting gear. (Screenshot from YouTube via JTA)

Background: An Independent who has been endorsed by the Democratic party, Gross, 58, is a Jewish doctor with a frontier resume. He was born after an avalanche, works as a commercial fisherman and killed a bear (in self-defense!). He also has a connection to Israel: Cooper Boyar, a J Street official, says that Gross jokes that he may be the only person who spent his year after high school fishing in the Norwegian Sea and then on a kibbutz in Israel.

Big issue: Health care reform. Gross’s issues page on his campaign website is called “prescriptions” and he lists health care first, saying he wants to ensure that insurers cannot deny coverage to Americans with pre-existing conditions. He also wants Medicare to be able to negotiate lower prices for prescription drugs for seniors.

Backers: With the prospect of turning an Alaska Senate seat blue, many liberal Jewish PACs have supported Gross’ campaign. They include Bend the Arc Jewish Action, DMFI PAC, J Street and JDCA. Those PACs are part of what helped Gross amass a $9 million war chest going into the campaign’s final weeks, a tremendous sum in Alaska’s media market.

Odds: Alaska is widely expected to back President Donald Trump, as it did in 2016. But after initially trailing Dan Sullivan, the incumbent Republican, in the polls, Gross has been neck and neck since August. With Sullivan dealing with a scandal over his involvement in a mining project that is unpopular among Alaskans, Gross’ chances of pulling off an upset in a red state appear to be growing. 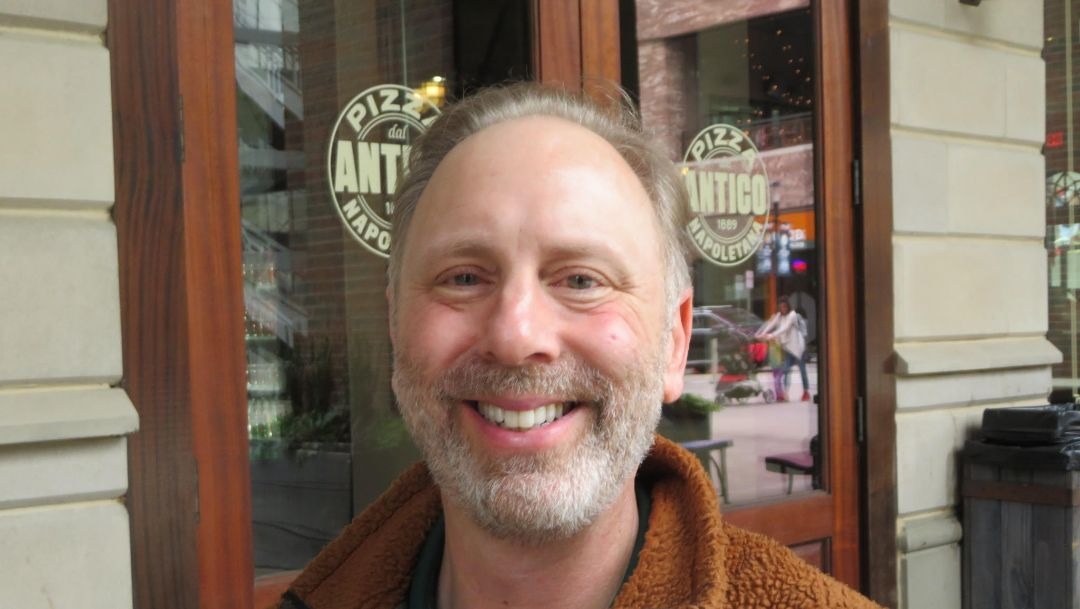 Matt Lieberman, who is running for Senate in Georgia as a Democrat, poses in Atlanta, Nov. 22, 2019. (Ron Kampeas, JTA)

Background: You probably know Lieberman because of his dad, former Sen. Joe Lieberman, who was the first Jew to feature on a presidential ticket when Al Gore chose him as his running mate. Matt Lieberman told the Jewish Telegraphic Agency last year that there’s no point in running from his father’s name recognition, so he embraces it. But you might also know the 53-year-old because it was revealed recently that he self-published a novel in which a Jewish protagonist, who bears more than passing resemblance to himself, befriends an aged racist who believes he owns a Black slave.

Big issue: Healthcare. He wants to add to the Affordable Care Act a public option, which would allow states to set up a not-for-profit health care insurer to encourage competitive prices from private insurers. This is especially notable because his father is the reason the Affordable Care Act lacks a public option: Democrats dropped it to keep Joe Lieberman, an adamant centrist, on board in 2010 so the act could pass.

Backers: We couldn’t track down any notable PACs backing Lieberman, probably because Democrats wish Lieberman weren’t running. The seat is open because incumbent Republican Johnny Isakson retired last year due to illness. Twenty people are vying for the spot in an “open primary” featuring both Democrats and Republicans. Four of them register in the polls: Kelly Loeffler, appointed temporarily to the spot; a firebrand pro-Trump congressman, Doug Collins; Raphael Warnock, a Black pastor who is running as a Democrat; and Lieberman. Democrats, including a slate of prominent Jewish Democrats in the state, are pressing Lieberman to quit so he doesn’t suck enough votes away from Warnock to keep him from entering the runoff, which will take place in January (and could hand the Senate to Democrats). Lieberman has not dropped out, but the noise has died down as his numbers have dropped — perhaps because of the controversy — and Warnock is taking the lead, guaranteeing him a spot in the runoff.

Odds: About as strong as you’d expect, given the race. Lieberman’s chances recede with each poll. 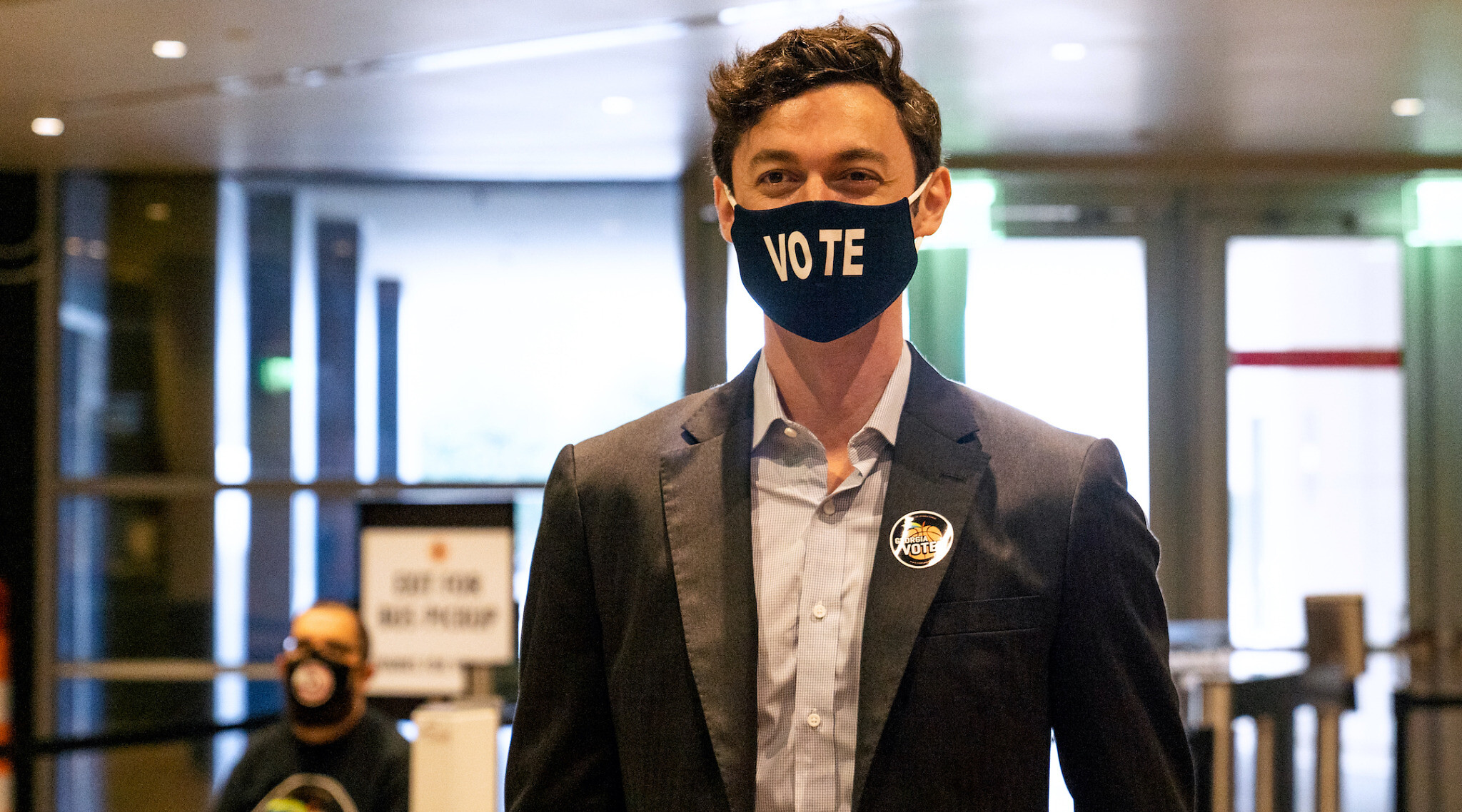 Background: Now 33, Ossoff was one of the first faces of the “resistance” when he ran for the first open congressional seat following Trump’s election, in a special election in Georgia’s suburbs, once solidly red. He attracted millions of dollars from around the country, making the race the most expensive congressional battle in U.S. history. Ossoff came close but did not win the seat. He’s been working as the CEO of a company that makes investigative documentaries, but his main gig has been readying another bid for office, this time against incumbent Republican Sen. David Perdue. (Yes, both of Georgia’s Senate seats are open this year.)

Ossoff accused Perdue’s campaign of anti-Semitism in July when it ran a Facebook ad depicting Ossoff with an elongated nose. Perdue removed the ad and denied bigoted intent. But that rang a little hollow this month when he mocked Democratic vice presidential nominee Kamala Harris’s first name at a Trump rally. Ossoff noticed.

Backers: Ossoff’s endorsements list reads like a who’s who of progressive politics, from a slew of Jewish PACs to former president Barack Obama, who tends to weigh in on tight races. Ossoff’s most notable endorsement may be John Lewis, the Georgia congressman and civil rights hero, whom Ossoff interned for in high school. Lewis filmed an ad for Ossoff in May, just months before he died. Pro-Israel America and NORPAC, two conservative Jewish PACs, are backing Perdue.

Odds: Polls have Ossoff and Perdue neck and neck. 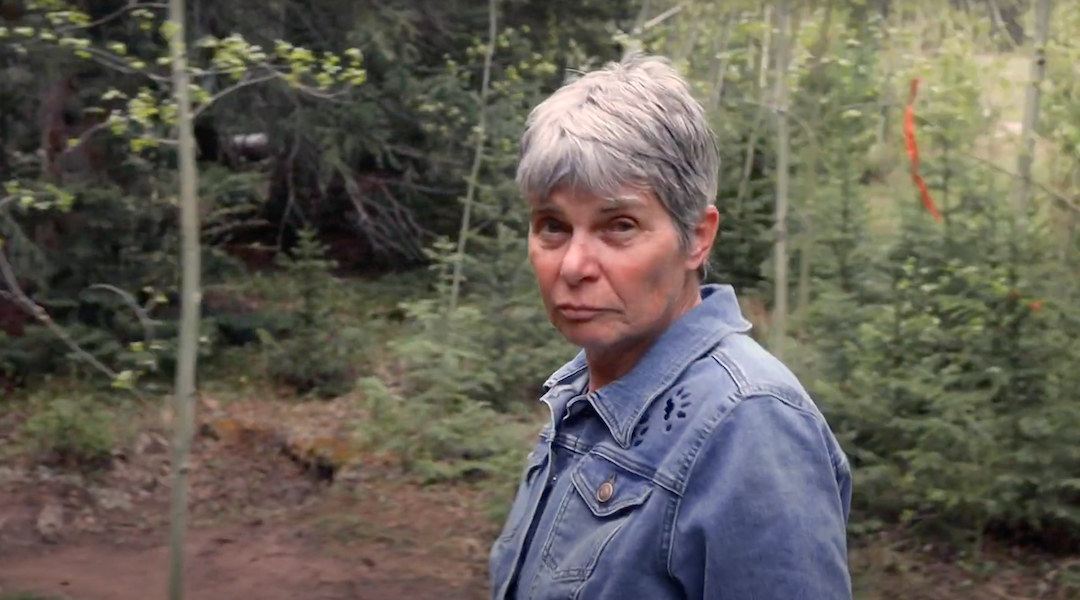 Merav Ben-David, a University of Wyoming professor, in a campaign video. (Screenshot from YouTube via JTA)

Background: A professor of zoology and physiology at the University of Wyoming, Ben-David, 61, is vying against Cynthia Lummis, the state’s single member of the House, a Republican, to fill a spot vacated by a Republican who is retiring. Born and raised in Israel, Ben-David became a US citizen in 2009 and is a fixture in Wyoming’s small Jewish community. “We have a vibrant community here in Laramie, and we celebrate all the holidays,” Ben-David told JTA. “In effect, more often than not, I’m in charge of making the matzo balls.”

Big issue: The environment. Ben-David told the JTA that the coronavirus pandemic reinforces her message about weaning the state off of fossil fuels mining. (Her slogan is “Futureproof Wyoming”). “I think there is a chance and this year, if you think about it, is especially strange,” she said. “With COVID-19 [there is a] realization that we need to pay more attention to science.”

Endorsements: Jewish groups haven’t weighed in on Ben-David. (She’s openly critical of Israel’s current leadership, which might make things complicated.) But Joe Biden, the Democratic presidential nominee, backs her, as does Friends of the Earth Action, an environmental PAC.

Odds: Wyoming is widely considered the reddest state in the country. The Economist gives Ben-David a less than 1 in 20 chance of winning. PJC