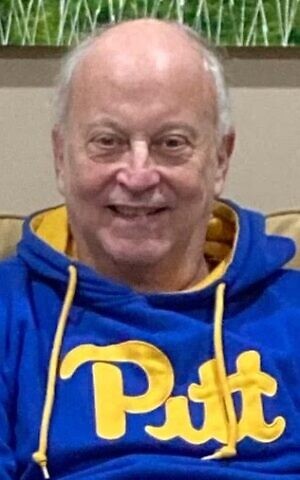 ZUKERMAN: William (Billy) Zuckerman, on May 16, beloved son of the late Joanne Lebovitz and the late Sidney Zukerman and stepson of Dr. Jerome Lebovitz, passed away. He is survived by his beloved wife of 40 years, Robin Zukerman of Monroeville, and his son Kevin Zukerman of Columbus, Ohio. He is also survived by his siblings Michael (Suzan) Zukerman of Charlotte, North Carolina, Nancy (Andy) Liscow of Venice, Florida, and Dr. Lori Zukerman (Dr. Tom Strouse) of Los Angeles, California. Billy was blessed with a vast and beautiful extended family that includes his mother-in-law Phyllis Seidenstein, siblings-in-law, Judy Tobe, Stephen Tobe and Jeffrey Seidenstein. He was “Uncle B” to Marla, Michael, Kaylee, Ethan, Ella and Ben Werner; Scott, Rebecca, Laila and Asher Tobe; Jill, Colin, Griffin and Jaxson Stuart; Matthew, Leslie, Bella and Dylan Tobe; Josh, Elaine and Elliott Zukerman; Jake Liscow; and Noah and Oliver Strouse. Billy was a sweet, funny, supportive and devoted husband, son, father and all-around family man. He loved being “Uncle B” to all of his nieces and nephews and all of their friends. He had a lifelong love of playing and listening to music. He loved surfing, dogs, dancing and comedy. He owned two businesses, The Clogathon in Oakland and The Shoe Inn at Newman’s in Squirrel Hill. Later in his career he became an IT professional, an occupation he enjoyed for over 20 years. He taught Sunday school at Parkway Jewish Center and showed his artistic abilities working on stage crew for high school musicals at Gateway High School and the East End Kids. He will be dearly missed by all who knew him. Services at Ralph Schugar Chapel, Inc., 5509 Centre Avenue on Wednesday, May 18, at 2 p.m. Visitation one hour prior to services (1 p.m. to 2 p.m. ). Interment Homewood Cemetery. Shiva will be held at the home of Judy Tobe at 7 p.m. on Wednesday and Thursday evenings. In lieu of flowers, contributions in memory of Billy can be made to The Jewish Assistance Fund on its website at JewishAssistanceFund.org. schugar.com