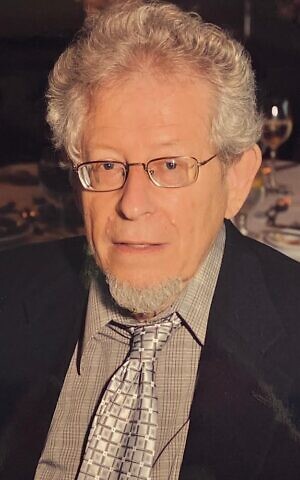 PERER: William “Bill” Perer. After recently celebrating his 79th birthday, William (“Bill”) Perer passed away peacefully at his home, surrounded by his family, on Yom Kippur, Sept. 16, 2021, while listening to the concluding prayers of the High Holidays. Bill was a beloved husband, father and grandfather. Bill was survived by his wife of 44 years, Rose Mary Perer, his daughter Jennifer (Shawn) Slattery, his son Adam (Bita) Perer, and his grandchildren Noah Perer, Joshua Perer, Max Slattery and the late Colin Slattery. Bill was the brother of Howard A. Perer and the late David Perer. Bill was a lifelong Pittsburgher, raised in Squirrel Hill in a Yiddish-speaking household thanks to his Lithuanian immigrant mother (Ruth Perer Kramer) and his father’s (Nathan Perer) Polish roots. Bill was surrounded by and infatuated with the world of business from an early age, having grown up in his father’s movie theaters in Greenfield and the Northside, and his mother’s grocery store on Murray Avenue. At the age of 29, Bill founded Spahr Sales, Inc., a wholesale distributor supplying merchandise to many Western Pennsylvanian stores, which he successfully operated until his retirement. Bill left behind a legacy of being a fair and kind businessman, a devoted husband, father, and grandfather, and an avid fan of all of the Pittsburgh sports teams. Services were held at Ralph Schugar Chapel, Inc. Interment Beth Shalom Cemetery. The family would like to thank Bill’s hospice care providers for many months of comfort and care. Donations may be made to the Hospice Fund of Allegheny Health Network, 4818 Liberty Avenue, Pittsburgh, PA 15224 (412-578-4638). schugar.com PJC