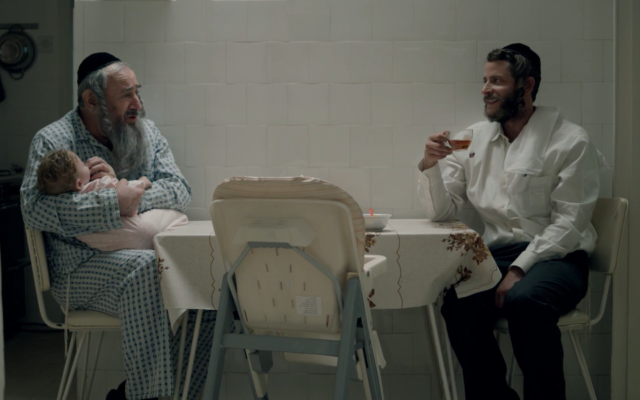 Dovale Glickman, left, and Michael Aloni in a scene from Season 3 of "Shtisel." (Courtesy of Yes Studios via JTA)

The first two seasons of the show, which follows members of an Orthodox family in Israel, became popular with audiences around the globe, Jewish and non-Jewish, after being distributed by Netflix. The third season will be the first branded as a Netflix Original.

“This season was made possible thanks to the love and support we received from fans and viewers throughout the world,” producer Dikla Barkai said in a news release. “We are thrilled to be able to bring the ‘Shtisel’ family to the warm embrace of global audiences in time for Passover.”

Production on the season began after Israel’s first COVID-19 lockdown last year, and the show just finished its initial run on Israeli TV. The narrative picks up four years after the conclusion of the events of the previous season. PJC