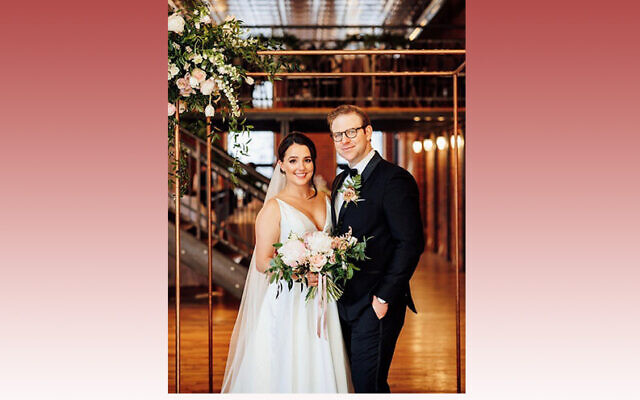 Rebecca Glatz and Malcolm Dombrowski were married May 28, 2022, in Pittsburgh. Rebecca is the daughter of John and Karen Glatz of Pittsburgh, and the granddaughter of Paul Lyle, and the late Ruth Lyle. Malcolm is the son of Joseph Dombrowski and Bonnie Shore-Dombrowski of Tucson, Arizona, and is the grandson of the late Barbara and Jack Shore of Pittsburgh. Rabbi Stephanie Aaron of Tucson officiated. Malcolm attended medical school at the University of Pittsburgh and completed his residency in orthopedic surgery at UPMC. Rebecca graduated from Duquesne University and received her master’s degree from Carlow College in elementary education. Rebecca also runs a successful custom cookie company called Becka Bakes. The couple have relocated to Charlotte, NC for a year while Malcolm completes his fellowship.