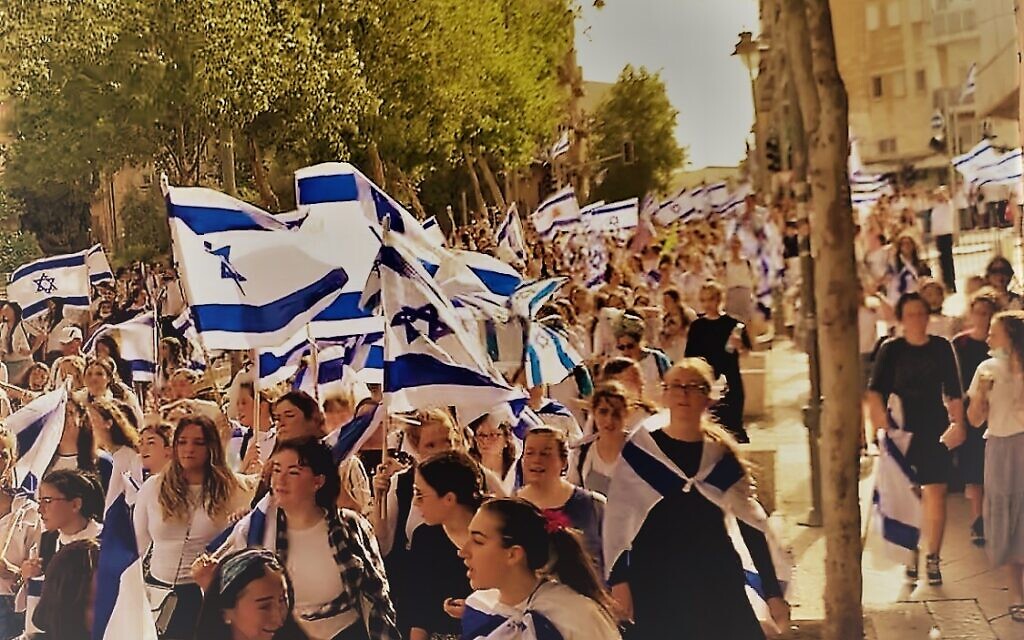 Sarah Hertzberg was told to expect tension in Jerusalem.

Seminary instructors had cautioned her that Yom Yerushalayim — an Israeli national holiday marking Jerusalem’s reunification, which occurs during the Muslim holy month of Ramadan — was often fraught with heated activity. So when Hertzberg, a Squirrel Hill resident currently studying in Israel, arrived at Sacher Park adjacent to the Knesset on May 10 for celebrations, she was already on notice.

What she didn't expect, however, was rocket fire.

Red Alert, a phone app providing real-time notifications of rocket, mortar or missile fire into Israel, was “going off constantly” during the conflict between Israel and Gaza in the days following Yom Yerushalayim, but has since quieted, said Hertzberg, 19.

A May 20 Egyptian-brokered ceasefire remained in effect as of press time.

Hertzberg’s seminary, Midreshet Tehillah, restricted students from visiting Jerusalem’s Old City due to safety concerns, but Hertzberg, who is based four miles west of the Old City, isn’t scared, she said. In fact, rather than returning to Pittsburgh early, Hertzberg has extended her stay in Israel for an additional week.

“I feel a lot safer than if I was anywhere else in the world,” she said.

The rocket fire is “horrible, but at least I feel safe walking down the street and looking like a Jew,” she continued. “I know that other people don’t have that luxury right now.” 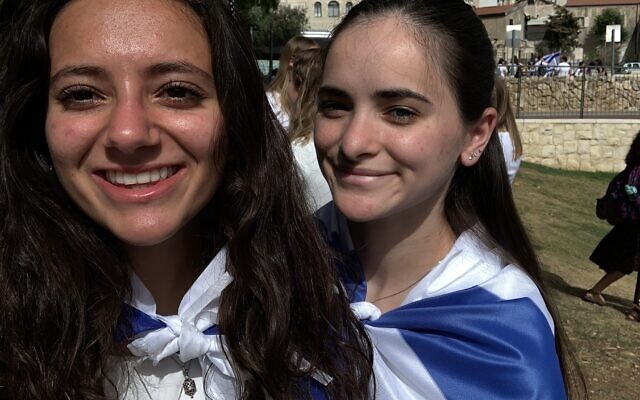 Speaking with friends on college campuses and in cities across the United States has reminded Hertzberg of the value of being in Israel.

“I know that the people I’m with don’t hate me and they don’t want me to die,” she said. It’s not like “walking around the streets of New York, where people are getting yelled at or there’s rioting. It’s so awful in so many other places.”

Marcus was in Jerusalem on May 10 dancing, attending parades and celebrating the Israeli national holiday when he had to seek shelter from Hamas rocket fire. Still, his thoughts are primarily with Jewish communities within the United States, he said.

There has been a “dangerous and drastic surge” in antisemitism in the U.S linked to the fighting between Israel and terror groups in the Gaza Strip, according to the Anti-Defamation League, and violent antisemitic incidents have occurred throughout the country, including in Los Angeles, New York, Illinois and Florida.

“I love America and Pittsburgh, but it’s not something I want to come back to,” Marcus said.

Aaron Kraut, a student at Yeshivat Sha’alvim near Modi’in, said being in Israel during the current crisis provides insights and experiences he can’t get in Pittsburgh or anywhere else.

While visiting friends in Modi’in, sirens sounded and Kraut, a graduate of Hillel Academy of Pittsburgh, was forced to retreat to a nearby bomb shelter where he was joined by his friends, as well as a stranger.

“We all stood together and talked,” said Kraut, 19. “It’s an experience you only really find in Israel — where in a situation with dangerous rockets flying, people get together by accident and you create a new friendship.” 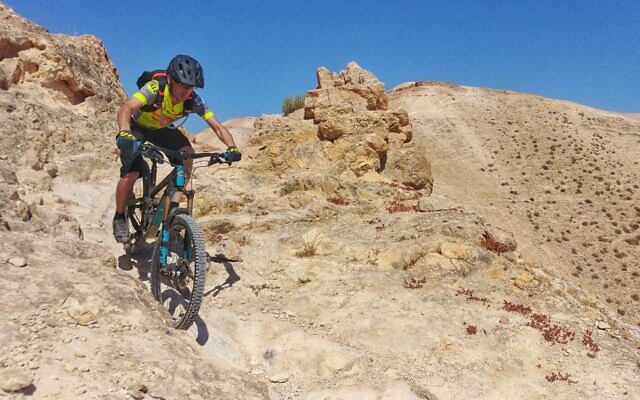 Mike Roth, 37, who holds a doctorate from Carnegie Mellon University and is doing postdoc work at both Tel Aviv University and Harvard’s department of public policy, said his Israeli neighbors provide a barometer of sorts.

“I kind of look to the Israelis to see how scared I should be,” he said.

Roth, who returned to Pittsburgh for a vacation with family and friends just as the ceasefire took hold, said there have been myriad reactions to the fighting: Depending on the amount of rocket fire, “the experience has varied wildly from region to region.”

In Tel Aviv, there were people who returned to cafés hours after the first missiles were fired from Gaza while others remained home.

“A lot of people headed north to avoid the tension and the fear of the rockets,” Roth said.

Levi Shusterman, a student mentor at Chabad Chazon Eliyahu in Tel Aviv, said there has been a “different feel in the air” recently. 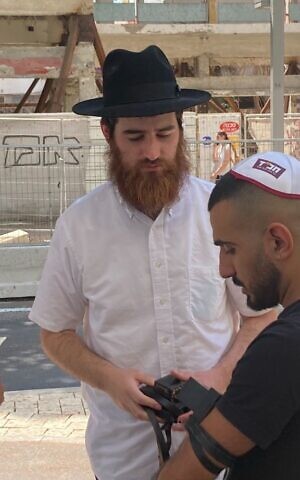 “The last week it has actually been quiet,” Shusterman said. “The week before we had sirens in the middle of the night. Obviously it was very frightening to have to put on clothes, run down to the bomb shelters and hear the Iron Dome exploding the bombs above us.”

But Shusterman, 20, said the recent fighting has inspired some people to connect spiritually. The number of people wanting to stop on the street and lay tefillin with him has more than doubled, said the Yeshiva Schools of Pittsburgh graduate.

While the conflict has brought some people together, it is also a constant reminder of differences.

“Tel Aviv is a very diverse city,” Shusterman said. “We have neighbors who are Arabs. We see them on the street, on the busses, there are cashiers who speak Arabic and turn to us and speak in Hebrew. They have equal rights in Israel itself, and they are perfectly safe in our communities even though we may not be safe in their communities. They can walk around in Tel Aviv openly and not have a fear of being harassed or attacked. But every time I plan a trip, I have to make sure I don’t go somewhere where I’m in danger.”

This is part of a narrative that’s lost in most news reports and social media feeds, said Marcus.

“The world media doesn’t seem to either comprehend the situation or generally doesn’t support Zionism,” he said. “I’m not sure what their agenda is. And it’s not to take away from the Palestinian people, who are suffering, but a lot of that has to do with their government and the terrorist organizations controlling their lives. The Palestinians are people like us, who want to live their lives, and make a living and have a family, and they can’t do that.” PJC