On good days, going to work can feel like a bank heist for Yaakov Saxon: While masks, duffle bags and getaway cars aren’t part of his everyday life as a cybersecurity specialist, there’s still a rush.

“You get to break into things, and you get to do it legally,” said Saxon, 29.

The former Squirrel Hill resident and current Floridian is an information security engineer for North American Bancard, a credit card processing company. Saxon accepted the position several months ago, but has been dabbling in the field of cybersecurity since high school. As a student at Hillel Academy of Pittsburgh, Saxon once figured out how to access the server of an electronic learning product used at his Jewish day school. Realizing he’d discovered a defect in the digital resource, he reached out to the company’s CEO and shared the product’s weakness. That correspondence resulted in a letter of recommendation for college and deepened Saxon’s interest in cybersecurity.

Now, Saxon, as valedictorian of Lander College for Men — one of Touro College and University System’s undergraduate programs — is preparing to address his peers and faculty in a commencement speech at the May 30 virtual graduation ceremony.

Cybersecurity is “fun stuff,” Saxon told the Chronicle. “One of the basic ideas is you’re looking to find the flaws in the security of your own company’s systems. You want the good guys to find the problems before the bad guys do.”

These preemptive cybersecurity measures often involve setting up systems of logging and monitoring or maintaining visibility.

“You want to know what’s going on, so if you get hacked you can respond in an appropriate fashion,” Saxon said. 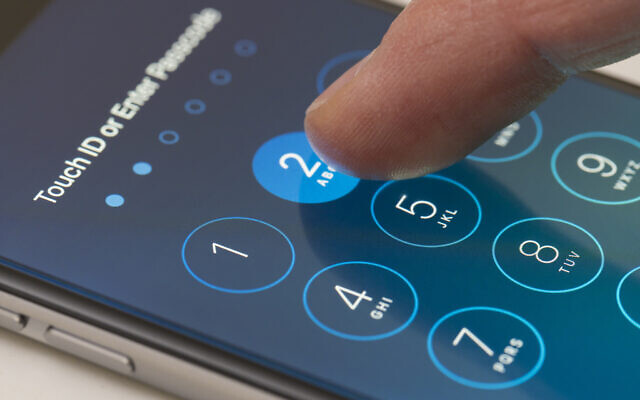 Pulling from themes he plans to share at commencement, Saxon said that with graduation mere days away, many students are in a transitional period — preparing to leave the world of college or yeshiva, harnessing whatever skills they have learned and beginning to use those talents.

“It’s appropriate to look at the needs of the outside community and determine how you can participate and help,” he said.

Saxon, who spent nearly a decade in yeshiva, while attending college part-time, knows how he can contribute to the larger society and is eager for life’s next stages.

Heading south to Orlando, Florida, and beginning a new job couldn’t have come at a better time, he said. He and his wife, Shaina, and their two toddlers, had quickly outgrown their New York City apartment.

The pandemic made clear it was “good to have some space,” he said.

And although Orlando isn’t Pittsburgh, there are advantages to living in either comparably sized city — it just depends on a person’s preference.